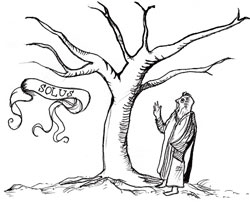 A blog post by Timothy Gowers, mathematician at the Cambridge University, has sparked a revolutionary wave of petitions. Gowers outlines the reasons for his longstanding boycott of research journals published by Elsevier. The first to be inspired by the post was Tyler Neylon, a fellow mathematician. He set up an online pledge promising not to submit his work to Elsevier’s journals or to referee or edit papers appearing on them. Soon, more than 2,700 researchers from around the world signed the petition. The number seems to be growing, says Economist. “If it really takes off, established academic publishers might find they have a revolution on their hands,” the newspaper says.

The immediate gripes of Gowers, who won the Fields Medal, mathematics’ equivalent of a Nobel Prize, in 1998, are that Elsevier charges too much. Its practice of “bundling” journals forces libraries to buy them as part of sets that include many others they may not want. Besides, Elsevier supports the Research Works Act, a bill now before the US Congress that would forbid open access to government-funded research. Elsevier says it is being misrepresented.