Men, after all, may not become extinct. Y chromosome has lost only one gene in 25 million years 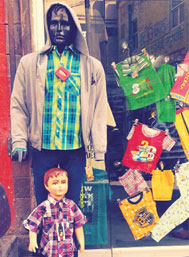 IN 2003, British geneticist Bryan Sykes speculated in his popular science book Adam’s Curse: A Future without Men, that men will become extinct in the next 5,000 generations or 125,000 years owing to the continuous decay of the Y chromosome. Before him, it was Jennifer Graves, then a geneticist at the Australian National University in Canberra who now serves as a distinguished professor at La Trobe University in Australia, who first predicted the extinction of the Y chromosome in a comment in Nature in 2002. But Graves set a time period of five million years for the purported extinction.

The argument about the extinction is born out of a peculiar behaviour of the Y chromosome—its tendency to lose genes. As it got shorter and shorter over millions of years, theories predicting its extinction gained ground. But it is a highly contested view.

Now a team of scientists led by Jennifer Hughes from Howard Hughes Medical Institute in the US has challenged the claims that the Y chromosome is losing genes.

“Our comparative analysis of the rhesus, chimpanzee and human Y chromosome shows that over the past 25 million years of evolution the Y chromosome has changed very little in terms of gene content,” says Hughes. The team found that the Y chromosome in rhesus monkey has not lost a single gene in the past 25 million years while humans have lost one. The study was published in the February 22 issue of Nature. Hughes also rubbishes the theory that the chromosome will disappear. “The theory is not based on empirical data. It is a naive interpretation of the observation that Y had many more genes then it does have today,” she says (see ‘The story of Y’).

“The X occurs in pair, so it can exchange genetic material with each other. But Y occurs alone,” says Melissa A Wilson Sayres, a biologist at University of California in the US. Y thus loses out on the benefits of exchanging genetic material which help in gene repair and provide the ability to make beneficial gene combinations and thus decays.

In 2009, Sayres and her colleague compared the Y chromosomes of egg-laying mammals, marsupials, humans and chimpanzee. They found that the rate of genetic decay increased in the Y chromosome after the autosomes split into Y and X. “But we also observed that the rate has not continued to increase overtime. The genes that survive are not at the risk of getting lost,” Sayres adds.

So, in the rare event, if the Y chromosome becomes extinct, will men disappear? “No. There is spiny rat in Japan that has lost the Y chromosome but it still has both females and males,” says Sayres. The genes involved in male sex determination would probably jump onto an autosome, she adds.