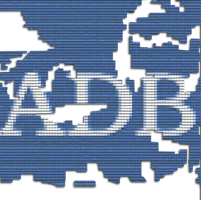 four senior officials quit the Asian Development Bank (adb) in July this year over the dilution of environmental and resettlement policy, triggering a crisis at the bank.

According to adb sources, a director in the environment and social safeguard division invited another specialist, who was not involved with the update and is considered hostile to civil society groups, to remove some strong recommendations, especially on policy issues relating to resettlement and indigenous people, without informing the core team which put together the first draft.

Explaining their position, the officials said in a joint resignation letter: "...we noted that a third party was requested by the department of regional and sustainable development to rewrite those parts of the safeguard policy elaborated by the resettlement specialists of the safeguard policy update core team. ...we regard this document not to be of sufficient quality for disclosure to the public."

The first version recommended provision of prior information to affected people about rights as also their involvement in planning, implementation, monitoring and evaluation. It also mandated local consent for compensation and resettlement. These have been watered down, though the recommendations are based on the bank's own assessments. The draft also suggested the principle of replacement cost--compensation to ensure assets are replaced at prevailing prices at the time of displacement. This was changed to a 'replacement value' principle, meaning depreciated valuation of assets. Similarly, it recommended independent evaluation twice a year, to evaluate compliance and in case of sustained failure, blocking of payments and cancellation of operations. This has been toned down to withholding of payments for specific project components.

In a statement to ngos, adb has denied allegations. More than 20 civil society groups are, however, opposing this initiative as a dilution of adb's already ineffective environmental and resettlement policies. "adb doesn't have a great track record of implementing these policies. When key members of the bank closely involved with the update process resign, it doesn't provide us with much confidence that things are moving in the right direction," says Shefali Sharma of Bank Information Centre, an advocacy group that monitors multilateral agencies. "Overall, the earlier version is much stronger than the changed one. (It) retains a higher level of specificity in the language that makes clear both what is required to comply with the policy and the reasons for which such measures are required," says Joanna Levitt of International Account-ability Project, based in Berkeley, California, who has read both the drafts.

Critically, adb's Operation Evaluation Department study in 2006 found the bank underestimating numbers of project-affected people by 65 per cent. An evaluation study on environmental safeguards, released in July 2007, also pointed out inconsistencies in meeting its own safeguards. "As a part of this study, an 'internal desk study' of 15 projects found that 'the resettlement processes and outcomes are uniformly unsatisfactory'," says Souporno Lahiri of People's Forum against adb, a coalition of civil society groups in India.