Discriminatory WTO regime towards India is responsible for the farmers' plight 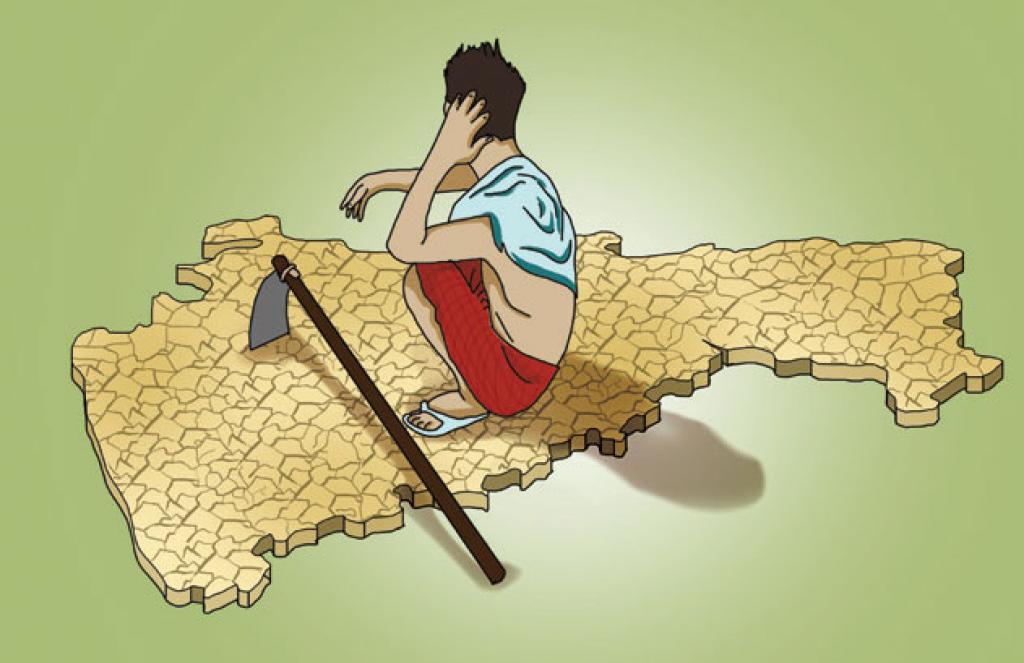 For quite some time it was thought that the free trade regime under the direction of the World Trade Organization (WTO) would bring prosperity to the agricultural sector. But in Maharashtra, large-scale farmer suicides started to hit the headlines in 1996, a year after WTO commenced. They continue unabated even today. From January to June 12, 2017 at least 403 farmers have committed suicide in Marathwada alone. The region reported over 400 suicides in the first four months last year.

The current agrarian crisis in Maharashtra is like a multiple organ failure in humans: failure of monsoon has caused successive years of droughts; state has failed to provide a remunerative support price; and crop failure has led to poverty, malnutrition, loan defaults and rural migration. The crisis could also be attributed to the failure of public sector banks to provide adequate credit; collapse of cooperative banks due to corruption resulting in the growing clout of private moneylenders; and lack of storage and processing facilities resulting in distress selling of produce. An indifferent Union government, which says states must finance farm loan waiver; an equally indifferent Reserve Bank of India, which says loan waivers would disturb the credit system; unfavourable market committees and discriminatory WTO subsidy regime add to the woes.

Buckling under the protest by farmers, the Maharashtra government has said that it requires Rs 1.14 lakh crore to improve the condition of 13.6 million farmers in the state. But the loan waiver may not exceed Rs 40,000 crore. Will this alleviate the farmers’ plight?

The nature of agriculture in Maharashtra is highly differentiated. Farmers in northern Maharashtra, Konkan and western Maharashtra enjoy irrigation facilities, get high capital investments, enjoy dominance of fruits, sugarcane, vegetables, have herds of Jersey cows as a parallel occupation. But successive droughts have upset their financial health. On the contrary, Vidarbha is a producer of food crops, cotton, soybean and oranges. Except for oranges, most other crops are under dry cultivation and require less capital. Marathwada, too, is dominated by dryland farming (except for sugarcane). These are low-credit regions as banks are reluctant to lend money to farmers because output per acre is low and often uncertain.

This differentiated character of agriculture has a permanently adverse effect on the regions. For instance, in 2008, Maharashtra received a loan waiver of Rs 9,896 crore. While, the rest of the state got Rs 5,505 crore (55.69 per cent), Marathwada and Vidarbha received Rs 2,406 crore (24.31 per cent) and Rs 1,985 crore (20 per cent). This time, estimates show that the rest of Maharashtra will receive about Rs 20,000 crore, Marathwada Rs 12,000 crore and Vidarbha Rs 8,000 crore. While a small number of farmers get relief because of loan waiver, the entire region bears the brunt because the state government increases indirect taxes (value-added tax and excise duty) to recover the amount it has borrowed from banks and other financial institutions to provide loan waiver.

So, instead of demanding farm loan waivers, farmers’ organisations should insist on their meeting with the Union agriculture and commerce ministers along with the Prime Minister to raise the issue of discriminatory WTO subsidy regime. Why does WTO allow the US and European governments to disburse higher subsidies to their farmers, whereas limits the subsidy amount to 10 per cent of the total crop output in India? Farmers in India can get a remunerative price for their crops only through a fight at the WTO level.

Khandewale is an agro-economist who taught at RTM Nagpur University, Maharashtra