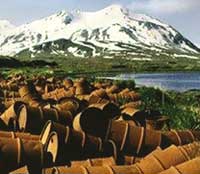 The us Senate recently voted down an old and controversial ban on oil drilling in Alaska's Arctic National Wildlife Refuge (anwr). This win for the Senate, supported by President George W Bush, was a close call. The Senate narrowly missed the Democratic Party's attempt to halt the repeal of the ban. The anwr oil exploration plans, signed into a law in 1973, by President Richard Nixon, has remained controversial ever since.

Supporters of drilling say access to the estimated us $10 billion plus barrels of crude oil in anwr would boost revenues of American oil companies, which would like to explore the area for petroleum. Also the expansion of the oil industry in the Northern Slope would create thousands of jobs and decrease us dependency on oil imports from Middle East and Latin America. It would help lower the price of oil for American oil consumers, increase federal, state, and local tax revenues, and lower trade deficits.

People opposing the repeal of the ban say it would threaten a key habitat for migratory birds, polar bears, caribou and other animals. Many environmental conservation groups have formed a broad coalition against this repeal.

The drilling plan, which has already survived one attempt to halt it, is part of a federal budget-cutting bill. And experts feel that it may yet fail to clear both houses of Congress.

Besides this, senators also voted overwhelmingly to prohibit exporting any of the oil pumped from the region as us has to import three out of every five barrels of oil it consumes.

In this regard, President Bush praised the Senate for backing a "common sense approach" to improve the us energy situation.