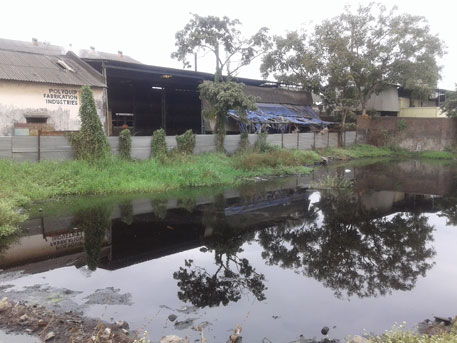 For Rashmi Yeole, living with pollution has become a way of life. “Everyone, young or old, constantly suffers from throat problems and eye irritation due to air pollution,” she says, “Infections, fevers and headaches are a household thing on a daily basis.”

Yeole lives in the Dombivli MIDC (Maharashtra Industrial Development Corporation) area, some 5 km from Ambarnath MIDC on the outskirts of Mumbai in Thane district of Maharashtra. Yeole, along with other residents of the Dombivli, Ambarnath and Badlapur MIDCs, all located along the Ulhaas river and its tributaries, have been fighting a losing battle against rampant violation of environmental laws by a host of chemical and textile industries located in the three MIDCs, as an apathetic Maharashtra Pollution Control Board (MPCB) continues to look the other way.

The recent incident at Ambarnath MIDC, in which an estimated 300 to 500 residents living in and near village Vadol  developed symptoms like head-ache, uneasiness, nausea and respiratory difficulties after a chemical effluent was discharged from a tanker into the nearby Waldhuni nullah  at night reacted with the nullah water to release toxic gas into the atmosphere is “just big enough to attract media attention,” says Yeole, who is also the president of the MIDC Niwasi Mahasangha, a residents organisation of all three MIDCs.

Both residents and social organisations point an accusing finger at MPCB, which, they say, is solely responsible for the highly polluted state of the Ulhaas river. Vanashakti, a non-profit which filed a case for the cleaning up of the Ulhaas river before the National Green Tribunal (NGT), has accused MPCB of deliberately allowing polluting industries to continue to operate. In a letter written to the chief minister, Vanashakti’s director for projects, D Stalin, has demanded the immediate suspension of the MPCB member Secretary Rajeev Mittal and all the officials of the Kalyan regional office. 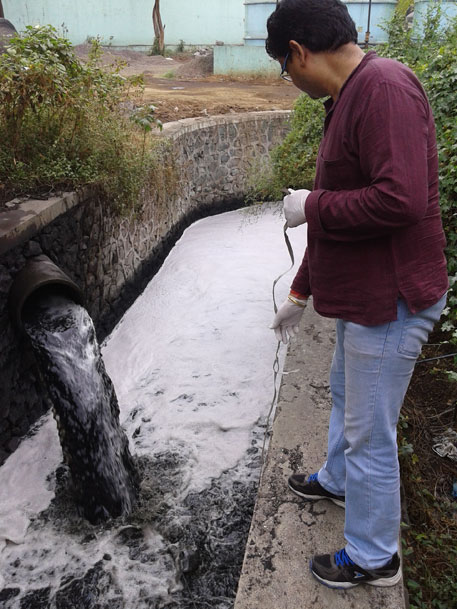 Speaking to DTE, Stalin said that following the September 3 2014 order of the NGT, ordering identification and closure of the polluting industries in the MIDCs, Mittal intervened in NGT with the assurance that industries will adhere to norms. “MPCB overruled NGT by allowing the erring units to resume operations within 25 days,” says he, “And no wonder they have merrily resumed their old polluting ways.”

Not only this, says Stalin, MPCB also worked overtime to delay and stall NGT action. “The treated water standard for the central effluent treatment plant (CETP) is  chemical oxygen demand (COD) of 250, biological oxygen demand (BOD) of 100 and neutral Ph,” he explains. “MPCB issued notices to industrial units imposing these standards on them. There is no way industries can meet this standard with the help of their primary water treatment plants, and so obviously they went to high court and obtained a stay on the order.” He says that no MPCB official or counsel present in court objected to the stay, which shows that the move was choreographed to allow industries to get away with pollution.

He says that pollution levels in Ulhaas and its tributaries are high and Vanashakti has sent water quality reports to the MPCB, only to be ignored. “Our demand that an independent water quality assessment be carried out by an agency like the National Environmental Engineering and Research Institute (NEERI) was also ignored by the MPCB,” says Ashwin Aghor, also from Vanashakti. MPCB has also ignored the findings of a scientific study by P U Shingare of the chemistry department of Bhavan’s College, Mumbai, published in International Letters of Chemistry Physics and Astronomy earlier this year, which states that textile dyeing industries are polluting the Ulhaas river in a serious way. The report shows disturbingly high levels of heavy metals, cyanide, phosphate, and very low dissolved oxygen levels in the river, and attributes it to textile industries which abound in all three MIDCs.

Nitin Shinde, sub regional officer, MPCB Kalyan, denies that industrial effluents are being released into the waterways. “MPCB is monitoring the water quality at thrice a week, and water quality is according to norms.” This monitoring, however, is being carried out only at the CETP discharge points, and no water tests have been carried out in the river or its tributaries like Waldhuni.

If not industry, who pollutes?

Shinde, however, admits that illegal release of effluents into the waterways was being carried out with the help of tankers. “There have been some complaints filed in police stations by residents of tankers emptying effluents into the streams at night.” He, however defends the MIDC industries, saying that they were not responsible for this phenomenon, “These tankers are coming here from outside. All 38 effluent-generating plants in the Ambarnath MIDC have primary treatment plants, and the CETP is functional, so they have no need to resort to these tactics.” The issue was for the police, and not the MPCB to deal with, he adds.

Citizens agree that industrial effluents are brought to this area in tankers from as far away as Vapi in Gujarat and Mahad and Khopoli in Raigadh, Maharashtra, for disposal through a well designed nexus. They, however, trash the MIDC’s claim that local industry is not at fault. “The CETPs in all three MIDCs are not functioning properly, and untreated effluents are being dumped quite openly,” says Yeole, “You have to only visit any nullah near the industrial areas to see this – the stench is unbearable.”

Rajeev Nalawade, a retired MIDC worker and also a resident of the Dombivli MIDC, says repeated pleas with the MPCB have not resulted in any action. “Industries have been closed down only to be re-allowed, and false cases are filed on us,” he rues.

Shinde says that illegal denim washing industries have come up along the banks of the river, causing pollution, and that MPCB is going to initiate action against them.

Meanwhile, residents of the three MIDCs have decided to hold a protest march on December 5, denouncing the MPCB’s inaction in tackling pollution.