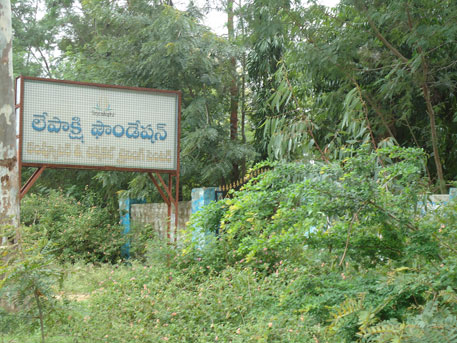 The Andhra Pradesh government has decided to cancel the allotment of 3,580 hectare (ha) to Lepakshi Knowledge Hub Limited (LKHL) in Gorantla and Chilamattur mandals of Anantapur district for developing a Special Economic Zone (SEZ). Chief minister N Kiran Kumar Reddy has directed the Andhra Pradesh Industrial Infrastructure Corporation (APIIC), the nodal agency in charge of allotting land, to start reclaiming the land. The decision on October 27 comes in the wake of LKHL’s failure to fulfill the terms in the Memorandum of Understanding (MoU).

The agreement with the company was signed in February 2009 during the chief ministership of late Congress leader Y S Rajasekhara Reddy. The promoters of the knowledge hub, Indu Projects, a Hyderabad-based real estate group, proposed to develop aerospace and defence cluster, agri-food processing zone, integrated textile parks, health village, media and entertainment city, and educational and research institutions for special sectors, all at one place. The company had also announced that it would develop aircraft testing and training facilities along with a 3.4-km long runway to support the upcoming aerospace industry in the park in collaboration with foreign companies.

According to the MoU, the company and the units were to invest between Rs 8,000 crore and Rs 10,000 crore with a promise to create jobs for 150,000 people in a span of five to 10 years. APIIC had made available the entire land, mostly acquired from local farmers, to the company for this purpose.

But LKHL did not set up a single industry. All the infrastructure development remained only on paper. Instead, it mortgaged around 1,780 ha to get Rs 790 crore bank loans.  The Comptroller and Auditor General of India (CAG), in a report in March this year had indicted the state government and the APIIC for flouting norms and liberally alienating vast stretches of land in favour of private companies including LKHL. The CAG had pointed out that the government had allotted 35,811 ha to 1,027 parties for various purposes, including industrial development, ports and housing. The CAG also pointed out that the firms failed to generate employment as committed in the MoUs while a few of them sold or mortgaged the land allotted to them.

LKHL also figures in the Central Bureau of Investigation (CBI) probe  into the alleged disproportionate assets case involving jailed Kadapa MP Y S Jagan Mohan Reddy. It is alleged that there was a quid-pro-quo in the allotment of land to LKHL.

This is the third instance where the AP government has cancelled land allotted to private parties during the Y S R regime. He had earlier scrapped land given to Brahmani Industries Limited in Kadapa district and Rakshana Steels in Khammam district.