Annual precipitation with and without ocean conveyor belt

During this, it heats up and transfers the heat to the northern hemisphere.
Source: Nature Geoscience, October 20 (Online) 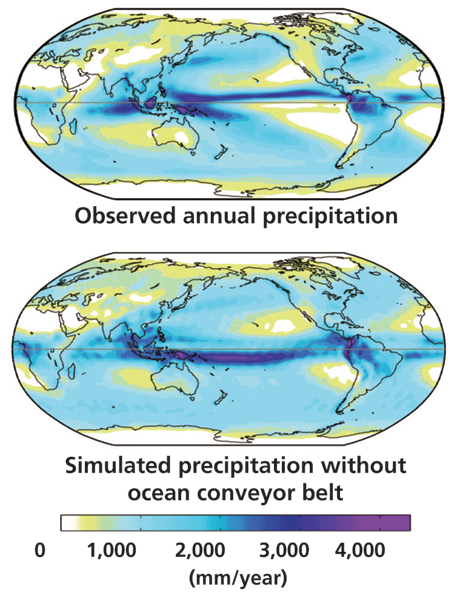