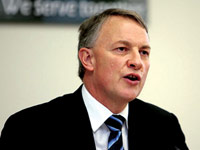 Indian intransigence at WTO negotiations irked New Zealand to the extent that it became a trenchant critic of the Indo-US nuclear deal, suggests a WikiLeaks cable.

The international whistleblower has documents from the US embassy in New Zealand suggesting that quite apart from the country’s non-proliferation concerns, disarmament minister Phil Goff was “frustrated with India and its adamant refusal to compromise during WTO sessions and wanted to be tough on India”.

In 2008, New Zealand, Ireland, Sweden, Norway, Netherlands and Austria opposed the deal, while Nuclear Suppliers Group was voting for the same. It took much burning of phone lines by the US and Indian leaders to get these countries around, leaving China as the main opposer.

The documents reveal that since New Zealand was going into elections, and Goff’s Labour party was lagging in the polls, it would be political suicide for him to abandon one of their “core policy plank” of non-proliferation. Thus, the subsequent turnaround at the last moment was more than significant.