Another poll sop: MGNREGS wage to be hiked from April 1

Move was preceded by series of initiatives to woo rural voters; these include money to construct toilets and insurance benefits 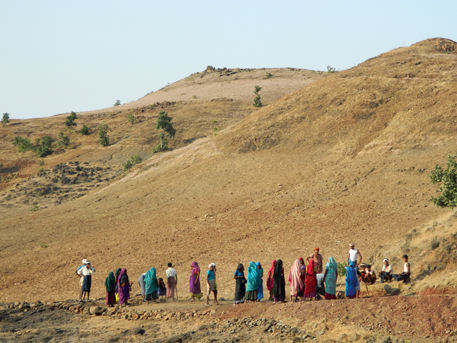 As Parliament elections approach, the Central government has offered yet another sop to woo voters. Union rural development minister Jairam Ramesh announced an increase in wage rate to MGNREGS workers, which will impact half the rural voters.

He said he plans to put the matter before Parliament in the upcoming session.

His ministry initiated a series of steps between November and December 2013 to increase the demand of works and the outreach of the rural employment guarantee scheme: these included a penalty on officials who fail to pay the workers within 15 days and Rs 10,000 to all job card holders under the programme for constructing toilets.

The government also notified on December 9 that MGNREGS workers who were employed for at least 50 days in the previous financial year are eligible to benefit from the Building and other Construction Workers Act. Under this Act, over 20 million households will be eligible for insurance schemes, Aam Aadmi Bima Yojana (AABY) and Rashtriya Swasthya Bima Yojana (RSBY), receive Rs 5,000 assistance for purchasing tools every third year, get training for upgradation of skill and 15 days' maternity benefits.

These measures are seen as an attempt to placate almost 55 per cent of rural voters associated with this scheme.

Referring to various suggestions received from states, Ramesh urged the need for parity in the MGNREGS wage rate and the minimum wage of a state.

There are 14 states, including Bihar, Jharkhand, West Bengal and Rajasthan, where rural job wage is lower than minimum wage fixed by the state.

“Only 10 per cent farmers have so far benefited from this provision” says Ramesh.