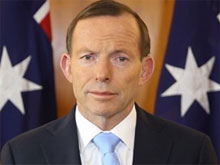 Australia, described as one of the developed world’s worst polluters in terms of per head of population, has scrapped carbon tax. Prime Minister Tony Abbott announced this on Thursday after the Senate voted to scrap the earlier government’s carbon pricing scheme.

Introduced in July 2012, carbon tax charges 348 highest polluters Australian $23 for every tonne of greenhouse gases they produce. The country has one of the highest per-capita greenhouse gas emission rates in the world. But critics, including Abbott, said the tax cost jobs and forced energy prices up. There were widespread protests against introduction of the tax and its repeal formed a major part of Abbott’s election manifesto.

After a 40-hour debate in the Senate, Greens leader Christine Milne made a last-minute plea to the crossbench, telling them it was a “critical moment” for the nation. A vote to repeal was a vote for failure to address global warming, she warned. “Australia will be relegated to a pariah and a backwater.” However, the Senate voted by 39 to 32 votes to repeal the tax.

With this Australia becomes the first country to abolish a price on carbon.

Speaking after the vote, Abbott said, “We are a conservationist government and we will do what we think is the sensible thing to try to bring emissions down.”

In a press statement, he said, “We are honouring our commitments to build a strong and prosperous economy for a safe and secure Australia”.

Politically, the repeal allows Abbott to boast that he has completed one of his election promises—to axe the tax.