Bangladesh courts to the rescue of wetlands 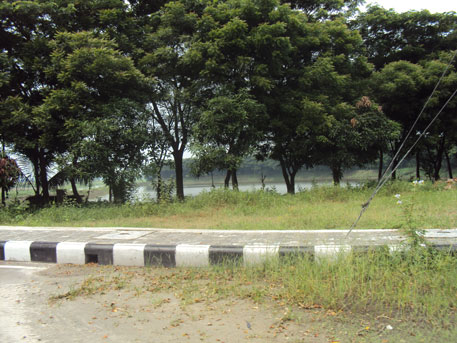 In July this year, the Supreme Court of Bangladesh gave a historic verdict when it asked a developer to restore a wetland near the country's capital, Dhaka. Environmental activists in Dhaka are now hoping that the case will serve as a precedent and help save other wetlands that are getting encroached in the process of urbanisation.

The wetland is on the outskirts of Dhaka city in Savar upzilla of Dhaka district. Part of it, measuring over 223 hectares (ha), was illegally filled up by Metro Makers and Developers Limited (MMDL), a leading developer of the country. Filling up of the swamp for reclaiming land started in 1990 when MMDL launched the project, and it continued till this year with short gaps in between when court halted work. The reclaimed land falls in two mouzas (equivalent to village)—Bilmalia and Baliarpur. The plan envisaged turning the area into a township—Modhumoti Model Town—comprising 2,526 residential plots for the elite of Dhaka. Construction of houses and other facilities were under way when the court order came.

According to Dhaka's master plan, 1997, the swamp is in the flood-flow zone meant to drain excess flood water. At the time when the master plan was published, urban planners and architects in Dhaka had cautioned the city authority against construction projects in the city's flood flow zones, saying otherwise the natural draining out of flood water would be prevented.

A series of court cases initiated by the developer stalled the project. In 2003, Rajdhani Unnayan Kartripakkha (RAJUK), the city development authority, turned down the Modhumoti Model Town  project and called it illegal because of its location in a flood-flow zone. MMDL filed a petition in the high court against RAJUK for not approving its project. The court initially gave a stay order against earth filling but later on vacated the stay. Meanwhile, in 2004, Bangladesh Environmental Lawyer's Association (BELA) moved the high court against the illegal filling of low lying areas and wetlands. The court at first gave a stay order on the project but later vacated the stay.

On July 27, 2005, the high court declared the Modhumoti Model Town project unauthorised and illegal. The court directed authorities to protect the interest of the plot purchasers. Five separate appeals were filed in 2009 against the decision of the high court. MMDL filed two of these appeals, while land purchasers, RAJUK and non-profit BELA filed one each. In 2012, the Supreme Court gave a short verdict after hearing five separate appeals. This year, the apex court gave the detailed verdict. The court observed that land filling would create problems in draining out rainwater from the low lying areas. The judgement also said that the purchasers of  land in this development project should be compensated.

MMDL had argued in court that when the project was launched in 1990, RAJUK did not have any such law on filling up of flood-flow zones and hence they did not approach the city authority for permission. But these arguments were dismissed by the Supreme Court. 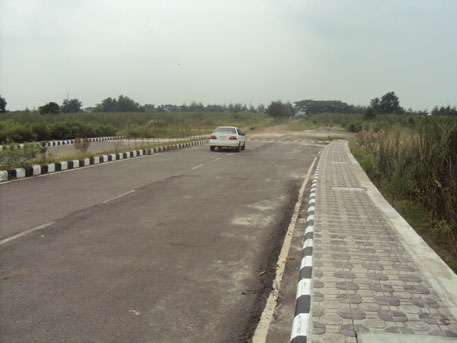 The judgement, directing the developer to restore the wetland in six months, is first of its kind in the country, say environmentalists. The judgement also said that in case MMDL fails to comply with the order, RAJUK will take up the work at MMDL's expense.

BELA is now waiting for a high court verdict on another wetland in Dhaka, says Syeda Rizwana Hasan, chief executive of BELA. The case relates to the development of Ashiyan city on a wetland in Dhaka. The hearing in the case concluded in early October, says Hasan.

Ashiyan Land Development Limited, a developer in the city of Dhaka, planned to fill up the flood plain near Uttara (Dhaka) to develop a "high class city" for the elite class.

The illegal encroachment of water bodies in the city and its outskirts have already resulted in frequent floods, say environmentalists. According to Ishrat Islam, professor at the Department of Urban and Regional Planning (URP) of Bangladesh University of Engineering and Technology (BUET), the city of Dhaka and its neighbouring areas faced major floods in 1954, 1955, 1970, 1974, 1980, 1980, 1987, 1988, 1998 and 2004. In the 1988 floods, almost 85 per cent of the city got inundated and the damage it caused was to the tune of US $41 million, according to estimates by Department of URP. Urban planners in Dhaka say these flood events took place because of massive land-filling in the flood-flow zone and other low-lying areas.

Khondaker M Ansar Hossain, secretary of Bangladesh Institute of Planners, the national professional organisation of planners of the country, says that at the city level, the runoff carried through the drainage network and the surface runoff of the surroundings areas  reach larger water bodies like lakes, wetlands, flood flow zones, canals and rivers. If these water bodies are filled and levelled for development of settlements, the excess runoff form stagnant pools in the city, especially on the roads, which is generally lower than the built up plots. In such a situation, the functioning of the city gets disrupted, causing sufferings to the residents and loss to the economy.

Hasan says it took her organisation eight-and-a-half years to get a favourable order in the Modhumita Model Town case. “This verdict is the first in the country under the wetland law enacted in 2000. This is for the first time that a a powerful violator has been punished and a wetland of 550 acres (one acre equals 0.4 hectare) has been directed to be restored to its original condition. This verdict has also laid down some governing principles for housing development—the religious implementation of which shall curb land grab and wetland encroachments in the name of housing." Hasan hopes the judgement will help to save other encroached wetlands of the city.