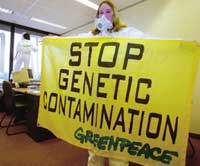 The cleaning up of a toxic waste site discovered in the Tuzla district of Istanbul, Turkey, was suspended temporarily due to a gas leak. Hundreds of barrels, suspected to contain carcinogens, were recently discovered by local people, who informed the Turkish environment ministry. Contamination of a nearby river and groundwater table is a cause of concern.

Turkish ngos claim Turkey lacks both the political will and the legal tools to punish polluters and have criticised the government for the failure to formulate an environment policy. They believe Tuzla is only the tip of the iceberg and similar cases are to be found in the Izmit and the Istanbul regions.

Environment minister Osman Pepe said us $43 billion would be needed over the next 10 years to clean the site.