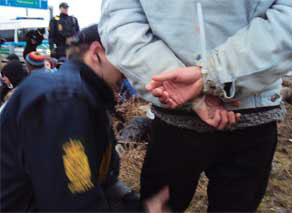 THERE is confusion still about the future of the Copenhagen Accord, the deal reached in Copenhagen in December 2009. While industrialized countries want the accord to be the basis of future negotiations, developing countries, including India and China, are distancing themselves from the accord. Their main criticism is the accord does not distinguish between developed and developing countries and tries to dismantle the existing principles of the United Nations Framework Convention on Climate Change (UNFCCC).

Post Copenhagen meet, 55 countries submitted mitigation targets to the UNFCCC  Secretariat. The confusion arises because countries such as Brazil, South Africa, India and China (BASIC) ignored the accord and addressed their letters to the secretariat making it clear that UNFCCC  was the only legitimate arena for negotiations; some countries, the US for example, associated with the accord and avoided any reference to UNFCCC. The US said in the letter that it was committed to operationalize the accord and adhere to its critical provisions. The provisions involve all major economies, developed and developing, to take up emission reduction initiatives.

In contrast, India and China said in the letter that they would take voluntary and non-legally binding domestic mitigation action in accordance with the principles and provisions of the UNFCCC.

“BASIC countries have not used the word ‘associated’ with the accord in their letters. The countries were very unhappy with the letter the UNFCCC sent them after the conference in December. The message was: endorse the accord and let it becomes the only basis of future negotiations,” said Shirish Sinha, head of climate and energy at WWF -India. UNFCCC wrote to BASIC countries again, asking them to agree to the accord. This was despite UNFCCC executive secretary Yvo de Boer’s comment at a press conference in Delhi that the accord was only a strong political opinion. Indian prime minister Manmohan Singh maintained the accord was just a catalogue of voluntary commitments.

Environment ministers of BASIC countries met in Delhi and agreed that the accord could not be legally binding. It did not hold value standalone and Kyoto Protocol and Long Term Cooperative Action were the only way forward, they said. “It is the US’ moral obligation to take leadership,” said Buyelva Sonjica, South Africa’s minister of water and environmental affairs.

India, though, fears that its voluntary targets would be open to negotiations and that it could be forced to take on stronger targets. Australia has said it is willing to do more if India and China took on verifiable emission reductions.

The country plans to reduce the emissions intensity of its GDP by 20-25 per cent by 2020 over 2005 levels. To ensure food security is not compromised, the agricultural sector has been excluded from the assessments of emissions intensity. A Planning Commission committee is looking into the costs of lowering carbon intensity, where these reductions can take place and how they will impact the country. Since the reduction target was announced without a plan, fears of risks and costs remain. “The target was based on studies. We will now chalk out a roadmap and identify additional costs, if any,” said Kirit Parikh, head of the committee.

A member of the committee added it would evaluate existing studies on lowering carbon intensity and look into low carbon options for power generation, transport, cement, steel and construction sectors. “Our prerogative is to find solutions for reducing carbon intensity for the 12th Five Year Plan, starting 2012,” the member said.