BBC will speak only English 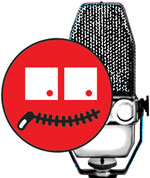 The next day BBC took its Cold Warera Russian Service off the air. Officials said the cuts are because of a 16 per cent reduction in funding from the UK government.

BBC World Service is also winding up broadcasts in Azeri, Mandarin, Spanish for Cuba, Turkish, Vietnamese and Ukrainian, and ending all medium- and shortwave distribution of radio content in Indonesian, Kyrgyz, Nepali and Swahili.