Scientists and industrialists are trying to give final shape to a body that will select and fund projects. 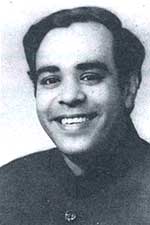 MINISTER of state for science and technology P R Kumaramangalam's announcement of the formation of a body to select and finance industrially useful projects is caught in a contention over its funding and scope. Hectic meetings are under way in New Delhi's Technology Bhawan to finalise the shape of the proposed Indian Research and Development Authority (IRDA), which will consist of industrialists and scientists. Attending the meetings are heads of government research laboratories and representatives from the Federation of Indian Chambers of Commerce and Industry (FICCI), the Associated Chambers of Commerce and Industry (ASSOCHAM) and the Confederation of Indian Industries.

To sponsor IRDA, the government wants a 3-per-cent cess to be levied on all technologies imported by industries. But industry representatives are uncomfortable at the thought of paying more cess to the government.

Raj Kumar Jododia, a member of ASSOCHAM's science and technology expert committee, strongly opposes the cess because the idea is outdated. Other industry representatives want government funds reallocated and greater stress to be laid on industrial research. FICCI senior assistant secretary Mahim Bist suggests that industries make a one-time payment and that the authority fund itself.

The other issue is the type of projects IRDA should select. S K Joshi, director general of the Council for Scientific and Industrial Research (CSIR) and secretary, Department of Scientific and Industrial Research, feels projects related to technology upgrading should be chosen. However, industry representatives want research work that will benefit them to be selected. Otherwise, they say, only industries using technologies selected for upgrading will be benefit.

Ironically, several industrialists and scientists doubt the utility of a body such as IRDA. P N Srivastava, a professor associated with the Nuclear Science Centre, says similar bodies created earlier did not yield the expected results. Joseph Thomas, executive director of the Southern Petrochemical Industries Corp, feels IRDA's objectives can be achieved by restructuring CSIR. He also wants the representation of industrialists in its governing body and in the CSIR Society, which at present is less than 25 per cent, at present.