The two cases reported are of acute flaccid paralysis which can be caused by factors other than polio virus, say health officials 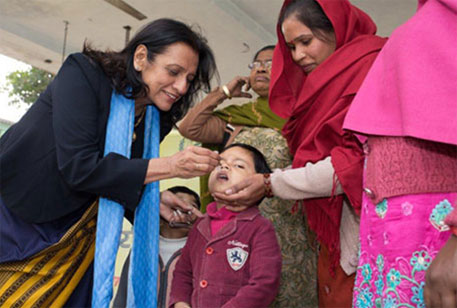 Media reports of two suspected cases of Polio in Bihar’s Darbhanga district this week threw the health authorities into a tizzy. The state government soon issued a statement, flatly denying any new case of polio in Bihar.

Anand Kishore, the state health secretary, maintained that samples of blood and stool of two kids collected from Baheri block of Dharbhanga district is a routine surveillance exercise.

“Health workers reported two cases of acute flaccid paralysis or AFP [which can be caused by factors other than polio virus]. A team was sent to collect samples of kids as a part of surveillance mechanism,” he said.

The World Health Organization (WHO) and state health department have collected around 1,200 similar samples from across the state in the past one year as a precautionary measure to confirm polio cases.

In March last year, WHO declared India as polio free but immunisation drives and surveillance continued to ensure the country remains polio free. According to WHO officials, Bihar and Uttar Pradesh were difficult regions for controlling polio. This is the reason why immunisation drive still continues.

Rajiv Verma, WHO spokesperson said it’s most likely that the two children suspected of polio are AFP cases. “Confirmation will be made when the final medical report is prepared,” he said. The state health department and WHO maintain there is no reason to panic over collection of blood and stool samples of children in the state.

Two kids suspected of suffering from polio are aged one year and two years.