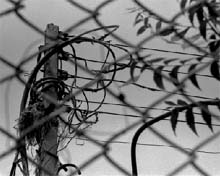 if one finds air pollution on normal days choking, then January 2, 2001 must have been a nightmare. As the northern electricity grid broke down, seven states of north India plunged into darkness. With water supplies cut, telephone lines down and disrupted railway services, generators in all shapes and sizes, were used -- in residential as well as industrial areas. On a day when Delhi was facing the maximum wrath of the generators, there was no monitoring of the pollution levels, as the power failure rendered all the monitoring stations of Central Pollution Control Board non-functional.

The only way out was to use gensets, say cpcb officials. "No doubt, this was the most appropriate time to study the impact of gensets in the city. But, certainly not by contributing to pollution ourselves," a senior board official said. "The cpcb missed an opportunity to assess the impact when all generators were running full time in Delhi," says Anumita Roychowdary of Centre for Science and Environment (cse), a Delhi-based non-governmental organisation. Assuming that all gensets in Delhi -- estimated to be between 1.7-4 lakh -- were functioning, there would have been a considerable increase in levels of hydrocarbons (hc), carbon monoxide (co) and oxides of nitrogen (nox), says Chandra Bhushan, coordinator of the Green Rating project of the cse .

The power cut also had a direct effect on the water quality, as effluent treatment plants stopped functioning. Considering the fact that half of Delhi's estimated sewage is left untreated in normal circumstances, a 36-hour power cut could mean three times increase in untreated sewage going into Yamuna. "Even a conservative estimate would show an increase of 10 per cent in biological oxygen demand (bod) levels of Yamuna water," says Chandra Bhushan. This estimate is based on latest data on river water quality, sewage quality and average rate of river water flow obtained from cpcb's Assessment of Water Quality Status of Yamuna River and the National Capital Region Planning Board's figures on the present requirements of treating sewage and Delhi treatment capacity.

In all this, the disaster management plan of Delhi failed completely. "For a power crisis, the plan is divided into two parts -- on-side contingency plan and off-side contingency plan. The on-side plan concentrates on problems or breakdowns inside a power plant while the second part takes care of external factors like transformers, power lines and the grid," said a senior Delhi government official. However, the emergency plan itself was hit by the power breakdown. Government officials admitted that there was a considerable delay on the government's part to react to the power crisis and it was only towards late evening that the Delhi Vidyut Board was able to restore 90 megawatts of power. "As per the disaster plan, the government should have reacted immediately to look at alternative sources of power. Excess dependence on the northern grid was primarily responsible for the chaos," an official said.

The power cut also affected the Compressed Natural Gas (cng) filling stations. "The supply of cng was affected as it is transported in caskets and needs a huge amount of power to be transferred," said a spokesperson for Delhi's petrol dealers association. "At least a 50-100 kilowatt power generator is needed to transfer cng from the caskets to the pumps or even to fill up the caskets," the spokesperson added. This caused a lot of problems to the users of this ecofriendly fuel.

There is a fear that southern India could also face a similar black out very soon. Grid Corporation officials admit that the southern grid is functioning at a very critical level and even a small mishap can disrupt the entire grid.