Blame it on Mama 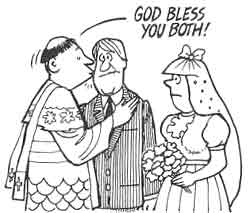 MALE HOMOSEXUALITY seems to run in the family and the trait is passed on by the mother, according to US researchers.

Dean Hamer and his colleagues at the US National Cancer Institute interviewed 76 homosexuals and found 13.5 per cent of the brothers of these gay men were homosexual too. More significantly, they noticed there were far more gay uncles and cousins on the distaff side of the family (The Economist, Vol 327, No 7819).

On examining DNA samples of 40 pairs of homosexual brothers, the researchers found that 33 per cent of the group shared a set of DNA on the X chromosome that is contributed exclusively by the mother. The scientists claimed there was a 95.5 per cent certainty that a gene, or genes, responsible for predisposition to homosexuality existed in the common set of DNA.