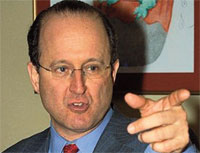 Bloggers hoping to close the gap between themselves and fully paid journalists had a setback after a New York court dismissed their multi-million-dollar lawsuit against The Huffington Post. The lawsuit called for compensation for exploiting its army of unpaid commentators. The March 28 ruling dismissed the bloggers’ argument that their unremunerated contributions had provided a substantial part of the value of The Huffington Post and they should, therefore, be entitled to some of the spoils of the site’s sale to AOL for $315M.

The lawsuit was launched last year by labour activist and writer, Jonathan Tasini, who posted more than 200 unpaid columns for The Huffington Post before the AOL deal went through. John Koeltl, who presides over a US district court in New York, ruled that the bloggers had been fully aware that their work was to be unpaid when they signed for it, and so any compensation would be to rewrite the terms of their engagement retrospectively.

Now living in Sydney, Tasini told the Australian media, “We’re using the lawsuit to spark a movement among bloggers to set a standard for the future because the idea that all individual creators should work for free is like a cancer spreading through every media property on the globe.”