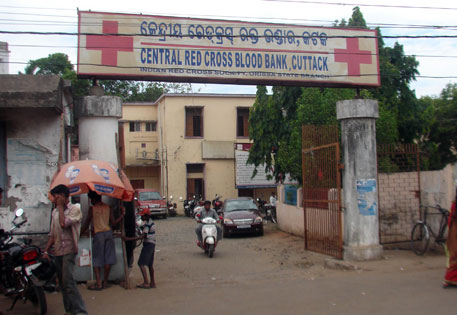 On Tuesday, the project director of OSACS cum special secretary to health department, Nalinikanta Das, submitted a report to the minister, in which he said that the decision to sell surplus plasma was taken on April 29 at a meeting in the office of OSACS in Bhubaneswar, which was attended by officials of blood banks, senior health officials and others. It was decided that surplus blood plasma would be sold to generate revenue for the blood banks. “It is not illegal on the part of the health department to sell blood plasma to the private company,”  Das said in the report.

Three components are drawn from blood —platelets, packed red blood cells and plasma. Of the three, there is huge demand for platelets and packed red cells while the clinical demand for plasma is mainly for treating burn victims, added Mohanty.

Minister kept in the dark

Health minister Rout, however, said he was unaware of the development. “I was quite in dark about the decision of the health officials to allow blood banks to sell blood plasma as I was busy with election campaigning for the past one month. Senior health officials did not inform or consult me before taking the decision. I am examining the report submitted to me,” said Rout.
Laxmidhar Mohanty, additional district magistrate (ADM) of Cuttack, who has been directed to submit a detailed report on the subject, said the health department had done nothing illegal.
Health secretary of Odisha, P K Mohapatra, also defended the decision: “The blood plasma will be of no use after two years. We have decided to sell the surplus blood plasma available with blood banks. Blood plasma worth crores of rupees had earlier been destroyed.”

Activists, however, have their suspicion. “The sale of blood plasma to a private company at the meagre rate of Rs1,000 per litre proves that senior health officials are hand-in-glove with the private company. Blood banks collect blood in the form of donations because of which it is also unethical to sell products of blood,” said Amarbara Biswal, a human right activist of Odisha.

Feature: The knowledge, attitude and practice towards blood donation among voluntary blood donors in Chennai, India