Bonds for a cause 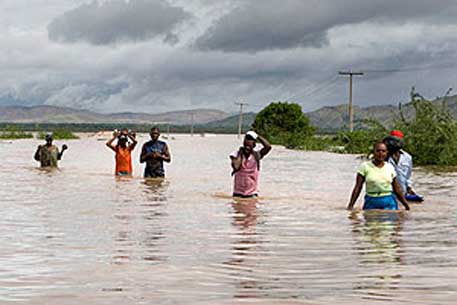 While nations world over have always agreed on the need to prepare against catastrophes, both natural and manmade, the drought of investment is haunting one and all. But the recent announcement of two bonds to safeguard Caribbean nations against hurricane and earthquake and for poverty alleviation in Africa may hold the solution.

The World Bank (International Bank for Reconstruction and Development, IBRD) on June 30 announced its first ever catastrophe bond under its Caribbean Catastrophe Risk Insurance Facility (CCRIF). Funds from the three-year, $30 million bonds will be used to limit the financial impact on sixteen Caribbean member governments, resulting from catastrophic earthquakes and hurricanes by quickly providing financial liquidity when a policy is triggered. The bond money has been raised through contributions from Canada, the European Union, the World Bank, the UK and France, the Caribbean Development Bank and the Ireland and Bermuda, as well as through membership fees paid by participating governments.

In case of a natural disaster in the 16 nations, then the principal of the bond will be reduced by an amount determined under the bond terms and an equivalent amount will be paid to CCRIF to carry out rehabilitation work.

AfDB has collaborated with Asia’s global investment bank, Nomura, for the same. The three-year tenure bonds, which will be denominated in Brazilian Real, will be underwritten by Nomura and distributed through Nomura’s nationwide domestic franchise. The money raised from the bonds will be directed on projects on food security in the area.