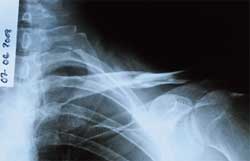 A protein released by the silkworm can make bones

the importance of the silkworm has increased. It can not only produce silk but also prevent bone loss in people undergoing hormonal therapy for breast, prostate and malignant bone cancers. Silkworm proteins, called fibroins, are extensively used to make medical sutures and scaffolds. But all these fibres come from the domesticated mulberry silkworm (Bombyx mori). For the first time, a research team isolated fibroins from the wild non-mulberry silkworm (Antheraea mylitta). This was used to trigger bone-cell growth.

The researchers obtained non-mulberry tussar silkworm cocoons, isolated the fibroins and blended them with polyethylene glycol (peg) to make peg -blended fibroin films. peg is an organic compound used to make laxatives and skin creams. When this biocompatible, non-toxic film was applied to bone-producing cell (osteoblast) cultures in the lab, it triggered their proliferation.

In a peg- blended fibroin film, peg reacts with the fibroin molecules by hydrogen bonding. This increases the film's affinity for water, and in turn its potential to support cell attachment and proliferation. When the activities of the films coming from non-mulberry and mulberry silkworm sources were compared, the fibroin film from the non-mulberry silkworm showed greater elasticity and thermal stability. "The non-mulberry silkworm's fibroin film acts as better support matrix for bone-producing cell (osteoblast) adhesion, viability and differentiation," said Subhas C Kundu, from the department of biotechnology of Indian Institute of Technology, Kharagpur, who led the research team.

Osteoblasts seeded on peg -blended fibroins showed higher intracellular enzyme activity after some days, due to increased metabolism. This signalled healthy growth of the cells. Currently, stem cells isolated from bone marrow, muscles and bones, are induced to grow into osteoblasts. This study adds to the list of available bone therapies. "India has a significant resource of tussar silkworms. Even their silk has superior protective mechanisms against microbial infections," said Kundu.

"This research is a boon not only for bone cancers but also conditions like severe osteoporosis and complicated bone fractures," said Prantar Chakrabarti from the Institute of Haematology and Transfusion Medicine at Medical College, Kolkata. The study was published in the Journal of Biomaterials Science (Vol 20, No 5).