Books for visually impaired to be widely available

New international agreement, being described as 'miracle' treaty, needs to be ratified by 20 countries for it to come into effect 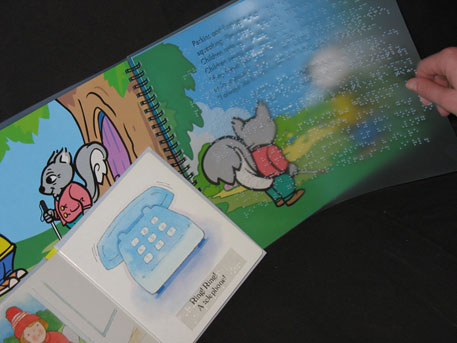 More than 600 negotiators from across the world have agreed to adopt a new treaty that will make copyright protected published works for the visually impaired more easily and widely available.

The treaty proposed by the World Intellectual Property Organisation (WIPO), a UN establishment that deals with intellectual property rights, was adopted on June 27 after 11 days of brainstorming at Marrakesh in Morocco.

The treaty will come into effect three months after it is ratified by any 20 WIPO member nations that agree to adopt it and be bound by its provisions. Morocco's communications minister and government spokesperson Mustaoha Khalfi described the agreement as a 'miracle in Marrakesh'.

According to the World Blind Union (WBU), only about five percent of the nearly one million books published in the developed countries every year are converted to formats suitable for the visually impaired and the blind. For the developing nations, the corresponding figure stands at one per cent.

The treaty, called the 'Marrakesh Treaty to Facilitate Access to Published Works for Persons who are Blind, Visually Impaired, or otherwise Print Disabled', enhances accessibility to patented products in countries that sign the treaty. The signatories would need to include limitations and exceptions in their national copyright laws for this to take shape.

Oganisations working for the blind have often found it difficult to share and exchange Braille and other prints across borders. Under the new treaty, exchange of these prints can now take place. This will help eliminate unnecessary duplication of books and increase the overall material available to the visually disabled throughout the world. Instead of two countries producing copies of the same work, each country would now be able to produce copies of a different work and share it with the other.

According to the World Health Organisation (WHO), there are nearly 314 million blind and visually impaired people in the world. India is among countries with significantly high number of blind. “This treaty will help India in two ways”, says Ram Krishna, secretary general of the National Association for the Blind. “One, the blind and the visually impaired will have access to material from all over the world. Two, organisations helping the blind will not require permission from the copyright office every time they want to produce Braille prints,” he says.

Despite its benefits, the treaty does not clarify many issues. The right of distribution or production of audiobooks and other audio works that are essential tools for the disabled are not included in the treaty. Copyright holders have expressed concerns regarding the commercial exploitation their work might suffer if the exceptions made in the laws are too broad. But the treaty does try to reassure them by limiting the changes in the law to special cases. It promises to respect the integrity of the original products, although feebly.