Born in May? Celebrate life, and good health 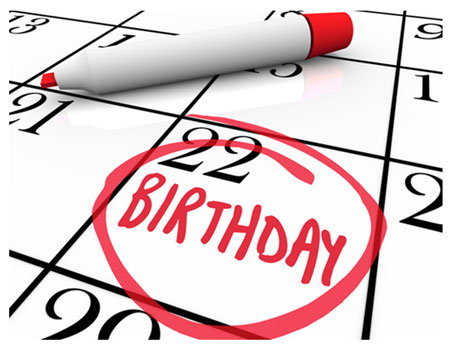 If you thought birthdays were all about cakes, gifts and balloons, a new study can dampen your reason to celebrate.Scientists at the Columbia University have found significant association between a person’s birth month and various diseases. According to the study, published in the Journal of the American Medical Informatics Association, those who are born in May have the lowest risk of diseases, while those born in October have the highest risk.

The scientists developed an algorithm based on the medical records of 1.7 million patients treated at the New York Presbyterian Hospital/Columbia University Medical Centre(UCMC) between 1985 and 2013. They compared this data to 1,688 diseases using logistic regression to find a pattern and concluded that 55 diseases were significantly dependent on the month of birth. Of these, 39 links were already established in medical literature. The Columbia scientists discovered 16 new associations, including nine types of heart diseases, says a UCMC report.

A graphby UCMC shows that people born during spring/summer, particularly around May-June, are least susceptible to diseases. On the contrary, those born during January-April are most likely to suffer from a host of heart diseases. For people born in October, the chances of getting viral infection and respiratory diseases such as asthma are very high. This is consistent with earlier studies which liked birth in late summer or autumn to respiratory problems since mothers pregnant during winter are more likely to catch flu or other infection. 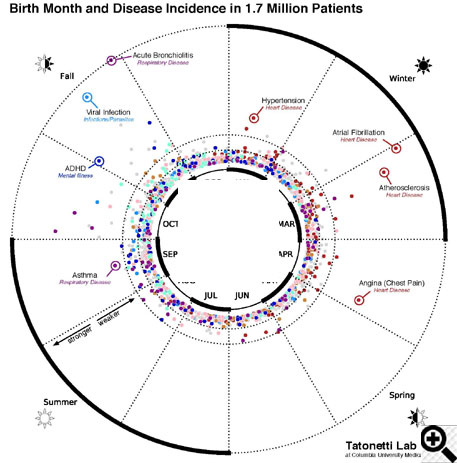 The exact reason, however, is not yet known and more research is needed. “Our findings are suggestive of a mechanistic relationship, although we don’t yet know what that is,” Nicholas Tatonetti, the study’s senior author and assistant professor at UCMC, told Time magazine.

According to the report, the researchers plan to replicate their study with data from several other locations in the US and abroad to see how results vary with the change of seasons and environmental factors in those places. By identifying the reason behind the disparities, the researchers hope to figure out a way to close the gap.