Botox may be used to treat stomach cancer 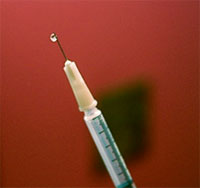 Botox, or Botulinum toxin, commonly used to get rid of wrinkles on faces, may be used in the future in the treatment and suppression of gastric cancer, according to a study by a team from the Norwegian University of Science and Technology (NTNU), Columbia University and MIT, along with researchers from Japan and Germany.

The results  were published in the journal Science Translational Medicine on 20 August.

According to the paper, gastric cancer is the fifth most common cancer type in humans and also the third most common cause of cancer mortality in the world, with a very low survival rate.
Based on the postulate that the nervous system plays a role in the genesis of tumours, the aim of the study was to sever the connection between the vagus nerve, a cranial nerve that connects the brain and stomach, and the cancer tumour by different methods.

"This study shows that nerves control cancer stem cells," says NTNU professor, Duan Chen. "We found that by removing the effect of the nerve, the stem cells in the cancer tumour are suppressed, leading to cancer treatment and prevention,".

The otherwise lethal Botulinum toxin, derived from the bacteria Clostridium botulinum, is commonly used in the field of cosmetics to treat frown lines and hyperhidrosis, and works by paralyzing certain muscles or blocking certain nerves.

In this study, Botox was used to block the release of neurotransmitters by the vagus nerve to the cancer tumour. Three other methods were employed: performing a vagotomy (locally severing the gastric nerve); giving a drug to block the reception of the neurotransmitter by the tumour; and by knocking out the receptor gene. Performed on only one side of the stomach, denervation did not affect the overall functional capacity of the stomach in any way. All procedures were found to significantly suppress the tumour growth; the use of Botox and the vagotomy were especially effective.

The treatment is local and affects only the cancer cells, and does not require long hospital stays.

According to Chen, it is also less toxic, less expensive and has hardly any side effects, as compared to most standard cancer treatments. However, he suggests that the treatment works best in combination with traditional chemotherapy, especially as denervation makes the cancer cells more vulnerable to chemotherapy. He says, “Based on our study, Botox enhances the effect of chemotherapy. Botox may also be used alone though, particularly in patients who cannot get chemotherapy anymore.”

Although a promising treatment, further studies are needed, he adds, regarding the use of similar treatments for other types of cancers.

As to the question of side effects, he responds, “Clinical trial on gastric cancer patients is about to start very soon. Botox injection into the stomach has been routinely used in patients for other indications and it is a safe treatment.”