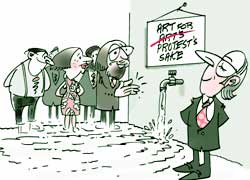 The international policing organisation Interpol has chosen Kenya as the recipient of its new Ecomessage Award. Organised in conjunction with the International Fund for Animal Welfare, the award recognises organisations that make an impact in the fight against protected wildlife trafficking.

The prize is also meant to bring notice to Ecomessage, a new reporting system created by Interpol to share up-to-the-minute information on wildlife crimes between over 180 law enforcement agencies worldwide. While notoriously difficult to tabulate, estimates place illegal wildlife trafficking revenue at roughly us$25 billion per year. Such a figure would make it second only to the global illegal drug trade and one of the fastest growing of criminal activities.

Kenyan wildlife officials have been lauded in recent years for dramatically cutting down poaching of elephants and rhinos, in addition to having found and confiscated illegal species and items. At the awarding ceremony, India was also singled out for the recent formation of a multi-agency wildlife crime unit focusing on the country's remaining tiger population. Interpol's award includes us$30,000 in equipment and training.