A documentary by Danish journalist Tom Heinemann has cast aspersions on Bangladesh’s much feted Grameen Bank.

Telecast on Norwegian television on November 30, Caught in Micro-debt showed that Mohammed Yunus, Grameen Bank’s founder diverted developmental aid money from foreign countries meant for Grameen Bank to another company he owned, in 1996.

The Bangladeshi microcredit bank denied the allegation. The documentary showed the seamier side of microfinance with interest rates going over 30 per cent. 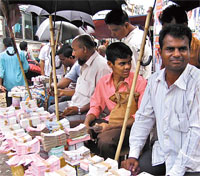 “At one point I had problems paying back and the staff of Grameen Bank threatened to throw me out on the streets if I did not pay. I was scared and sold everything I owned and paid the installment,” said Hazera, one of the women interviewed in the documentary film.

“I travelled to Bangladesh to find out whether microcredit loans really helped the poor. But I found that the poor are getting into more debt because of microcredit loans,” Heinemann told the BBC.