Tiny magnets are the key to quake-proof buildings and bridges 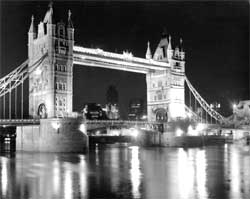 tiny magnetic particles could help prevent buildings and bridges from toppling during earthquakes or hurricanes, say engineers at the University of Notre Dame in Indiana, usa . The particles form a part of a switchable magnetic damping system that cuts in before any damage is done.

Construction engineers incorporate dampers into their designs to absorb some of the energy from external forces, prolonging a structure's life and preventing collapse during catastrophic events. Damping methods currently used in buildings include rubber-like materials built into the structure, and flexible mechanisms that isolate the building's base from its superstructure so that the structure can 'swing' a little during high winds or tremors. But the problem with such methods is that the building has the same stiffness all the time.

Now Bill Spencer and Michael Sain at Notre Dame have developed a magnetic device which can control the level of stiffness, for instance as a building begins to move during an earthquake. The duo felt that damping should increase during a quake to dissipate energy that would otherwise be released destructively in the structure. Under ordinary conditions, on the other hand, a certain degree of flexibility is essential as it has to give a little in the wind, for instance.

The Notre Dame devices sit on the basement floors of a building and consist of a piston in a "magneto-rheological" fluid made up of tiny iron particles suspended in oil. Normally the piston is able to move freely, but when movement sensors in the building detect an acceleration above a pre-programmed level, a computer switches on an electric current that powers a series of electromagnets. The resultant magnetic field causes the iron particles to align themselves vertically in the fluid, like tiny bar magnets, which stiffens the fluid against sideways motion. According to the researchers, this added stiffness resists the movement of the damping piston attached to the wall, preventing the building from swaying.

A 20-tonne prototype has been tested in a model three-storey building, with forces equivalent to an earthquake measuring 6.9 on the Richter scale. The dampers reduced the horizontal displacement of the top floor by as much as 75 per cent. "These dampers could extend the life of bridges and buildings and make them safe from high winds and earthquakes," says Shih-Chi Liu, of the us National Science Foundation, which funded the project.

Edmund Booth, visiting professor in the department of engineering science at Oxford University, uk , says, "These devices require low power input, and provided they can be made fail-safe, they have tremendous potential."