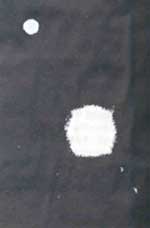 THE WORK done by a team of about 100 astronomers may provide us with the first hints of the answer to a long-standing query - what powers the starlike celestial objects called quasars? (Science, Vol 267, No 5205).

Quasars appear like stars from the earth, but are as far off as the most distant galaxies - typically, millions of light years away. To be able to look as bright as a star at these distances requires that the quasars produce immense quantities of energy. For instance, 3c 273, one of the first quasars to be discovered, is estimated to be about 1,000 times more luminous than our ownigalaxy, the Milky Way.

Quasars, also known as active galactic nuclei, (AGN), are at such large distances from the earth that direct observations are not of much help. Now, a team of astronomers, called the International AGN Watch, has used an indirect method known as reverberation mapping to study the AGN in a galaxy called the New General Catalog 5548 (NGc 5548). Reverberation mapping uses the variations in the radiation coming from the centre of the AGN and those reflected from the surrounding clouds of gas.

Using reverberation mapping, the group tracked the NGC 5548 almost daily through several telescopes such as the Hubble Space Telescope, the International Ultraviolet Explorer and a host of ground-based telescopes. The team reported that preliminary results provide support for the idea that the gravitational energy of the black hole is the basic power source of the galaxy's AGN. It found that the mass of the black hole in the case of NGc 5548 was about 20 million times the solar mass. The AGN probably is fuelled by matter beiffg sucked into the black hole.

The next obvious step is to show that this result is not a peculiarity of the NGC 5548 but holds true for other AGNS as well. But this will involve studying several other AGNs and monitoring them continuously for longer periods. In any case, one of the most puzzling problems in astrophysics could be close to a solution.