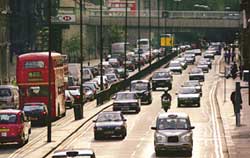 BRITONS are the worst offenders when it comes to energy waste, says a recent survey carried out by the Energy Saving Trust (a UK-based NGO that addresses damaging effects of climate change) in five countries the UK, Germany, France, Spain and Italy.The survey report, Habits of a lifetime, says

• Britons score the highest 32 points for wasting energy, primarily in the way they use home appliances and cars

• Italians score 25 points as they waste fuel the most, forgetting to turn off their car engines when in heavy traffic

• The French score 19 points, mostly because they use cars frequently

• Germans waste the least amount of energy and score the lowest 14 points.

Unless Britons get rid off their energy-inefficient habits, the cost of wasted energy will add up to Euro 11 billion by 2010. If everyone in the UK turned appliances off and avoided using standby, the energy saved can power 2.7 million homes a year, the report notes.