Buckled together in a free-trade belt

Negotiators have paved the way for the ratification of NAFTA, which overshadows both the EC and the ASEAN in terms of economic clout 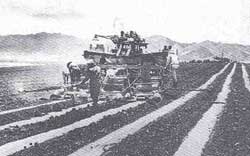 UNLESS some last-minute glitches sour the deal, the new year will unite Canada, the US and Mexico in the North American Free Trade Agreement (NAFTA), the world's largest free-trade zone with about 370 potential consumers and a combined gross national product of more than $6,400 billion. Not only does NAFTA overshadow the European Community and the Association of South-East Asian Nations, it also contains provision for expansion by enrolling in time fast-growing South American economies such as Brazil.

Simultaneous announcements in Ottawa, Washington and Mexico City indicated the negotiators had circumvented a host of problems that had frequently threatened to jettison the proposal, first moved during George Bush's presidency.
But that serious doubts still exist on how NAFTA will affect jobs, wages and the environment was evident from an appeal by more than 100 liberal Democrats in the US Congress to President Bill Clinton to delay ratification of the agreement. A recent poll in the US shows public support for NAFTA is only 25 per cent, with an equal percentage opposed and the remaining 50 per cent indicating they do not know what the agreement means. What the agreement means, says US trade representative Mickey Kantor, is: "NAFTA is good for jobs, good for workers, good for North Americans and good for our future."

Farm, labour, environment and consumer groups in the US, however, are less laudatory and complain Clinton has reneged on his promise to protect jobs, the environment and food safety. Says Jim Jontz, director of Citizens Trade Campaign, a coalition of the these groups, "The enforcement provisions that have been unveiled are convoluted, unworkable and will not be successful." And, Lane Kirkland, who heads the American Federation of Labour-Confederation of Industries, the largest labour organisation in the US, notes, "The labour and environmental side agreements to NAFTA have no teeth. They do nothing to make NAFTA acceptable to working people."

The side-deal negotiations, which took months to settle, relate primarily to settling disputes concerning labour and the environment. Negotiators agreed to set up tri-national commissions to mediate these disputes and submit continuing disagreements to an arbitration panel. While the US and Mexico accepted imposition of sanctions as the penalty for accord violations, Canada's refusal to accept sanctions was solved in intense last-minute negotiations by permitting the Canadians to pay fines imposed by its own court system, on the recommendation of the arbitration panel. Reassures Kantor, "This has the same teeth as trade sanctions."

If ratified in all three countries, NAFTA would phase out barriers restricting free movement of goods, services and investment among the three countries for a 15-year period initially. But, observers warned, with national elections due in the autumn in Canada and next year in Mexico, ratification would be an uphill battle all the way.