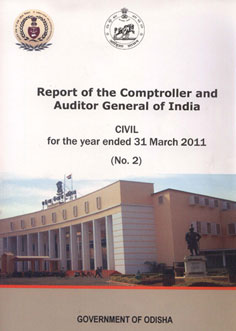 A decade ago, the Naveen Patnaik government had gone all out to woo industries to Odisha by offering its three abundant natural resources—mineral, water and land. Businesss house lost no time in making a beeline to the state with projects involving thousands of crores of rupees.

But did the state utilise its resources properly? The answer is no if one goes by the report of the Comptroller and Auditor General (CAG) of India, presented in the state Legislative Assembly on Thursday. The report exposes how the government doled out land to industries without determining how much land they required.

The 32-page-document comprehensively analyses acquisition and allotment of land and says the state government neither had any land-use policy nor any prescribed scale for arriving at the actual requirement of land for different industries of different capacities. The provision for acquiring land for public purpose in the Land Acquisition Act was misinterpreted to benefit companies and emergency provisions in the Act were misused, the report says.

At the cost of agriculture

Besides, the Revenue and Disaster Management department allotted 20,346 ha, including 13,498 ha (66 per cent) of acquired private land, to 107 promoters for setting up industries in 16 districts. This included 13,857 ha allotted to 53 promoters who signed memorandums of understanding with the state government for setting up different medium and large industries.

Land acquisition undertaken by the government can be categorised into two types—public purpose and private purpose of a restricted type. Public purpose is defined in the Act as provision of land for planned development in pursuance of any scheme or policy by which government intends to improve existing village site, town, provision of dwelling units to poor or landless or to persons affected by natural calamities and carrying out any educational, housing, health or slum clearance schemes.

“Our examination of cases revealed that in 176 land acquisition cases, 3,434 ha of private land was acquired for Rs 511.29 crore by land acquisition officers on requisition filed by IDCO on behalf of 12 promoters of industries and for public private-partnership project by declaring that acquisition was being made for public purpose,” the report says. CAG found such declarations to be incorrect.

The agency says when the total cost of land acquisition is borne by the company, it cannot be termed “public purpose”. In such cases, the acquisition of land could have been made under Chapter VII of the Land Acquisition Act, which prescribes the procedure for acquisition of land for companies for restricted purposes.

What was more alarming was that the state government invoked the “emergency” clause to facilitate land acquisition for several big-ticket projects including the controversial mega steel plant by South Korean steel giant POSCO.

The projects for which the state government opted for emergency land acquisition included Aditya Aluminium Limited, Bhushan Power and Steel Limited and Viraj Steel and Energy Limited in Sambalpur district, Vedanta Alumina Limited in Kalahandi and Dhamra Port Company Limited in Bhadrak district.
“Emergency provisions of section 17 (4) were misused and applied arbitrarily even without indicating detailed justification for the same and without fulfilment of prescribed condition,” the CAG report says.

Under the Land Acquisition Act, the government is empowered to acquire land in case of urgency, invoking provisions prescribed under Section 17 (4), without allowing the land owners the opportunity to contest the acquisition or to be heard. Such acquisitions are to be made for a specific purpose with certain conditions and are to be completed within six months.

“Audit examinations of 85 land acquisition cases in which provisions of Section 17 (4) of Land Acquisition Act were invoked by the government revealed that 2,010 ha of private land valued at Rs 165 crore (present market value is about Rs 901.305 crore) was acquired, between July 2002 to March 2011, for establishments by six promoters,” the CAG report says.

“It was noticed that none of the conditions prescribed in executive instructions of September 1985 for invoking emergency provisions was fulfilled in these cases. Instead of giving detailed justification for applying such provision, only general remarks like the project is being executed on a priority basis and requirement of land is of emergent in nature were indicated in the applications by the requisitioning officers,” it says.

An area of 177 ha was acquired for POSCO (India) Limited in Jagatsinghpur district with a land acquisition cost of Rs 11.85 crore. The approximate present value of the said land parcel is Rs 64.22 crore.

Abhaya Sahoo, president of Posco Pratirodh Sangram Samiti (PPSS), which is spearheading the anti-land acquisition movement in POSCO’s project area, says, “we have long been claiming that the state resorted blatant violation of norms in order to favour national and multinational companies.”

“Traditional rights of people under Forest Rights Act were not recognised. Now CAG says Land Acquisition Act has been misused. The findings would add strength to our voice against illegal land acquisition,” says Sahoo.

In all cases, the acquired land was not put to use even after one year to six year from the date of notification, though, the Land Acquisition Act stipulates a period of six months for commencement of work.

On the other hand, five government projects involving public utilities, for which district collectors had submitted detailed justifications, such as early completion of projects to provide irrigation, did not attract emergency clause. The Revenue and Disaster Management department refused to invoke the clause.

From 2000, the Naveen Patnaik government has signed about 90 MoUs for steel, power, port, auto ancillary and cement projects with the pledged investment estimated in excess of Rs 500,000 crore. But the government had no idea which industry required how much of land.

The Industrial Investment Promotion Corporation of Orissa Limited (IPICOL), the nodal agency, assesses requirement of land for industrial purposes and liaisons with other departments to ensure its availability.

In 2005, IPICOL engaged a consultant M N Dastur and Company Limited for preparation of norms and guidelines for allocation of land and water for steel projects of different capacities ranging from one million tonne per annum (MTPA) to six MTPA. But the report is yet to be accepted.

“During 1995 to 2011, 208 promoters of industries had applied for 52,883 ha and IPICOL recommended allotment of 48,622 ha in favour of 199 promoters. In case of remaining nine promoters, 3,786 ha was allotted by the collectors even though the actual requirement of these promoters was not assessed by IPICOL,” the CAG report points out.

Uniform scales were not applied by IPICOL while accessing the requirement of land. In many cases IPICOL had allocated excess land to industries. The CAG had sought explanation from IPICOL for not having  proper guidelines to assess land requirement.

CAG also rapped the state government for not maintaining comprehensive and centralised data on acquisition and allotment of land.

“In absence of such data, we were unable to assess, if acquisition of private land was at all necessary, assuming that adequate government land was not available at a particular location. In our opinion, management of such scarce natural resource in an unplanned manner poses unacceptable levels of risk considering that the most of the private land acquired was being used for agricultural purposes,” CAG says.

In four projects, both leased government land (462 ha) and acquired private land (1,680 ha) valued at Rs 66.68 crore (valued at Rs 2,631 crore in November 2011) handed over to IDCO for allotment to four promoters of industries—Aditya Aluminium Limited in Sambalpur, Tata Steel in Gopalpur, Dharani Sugar Industries in Bhadrak and Shamuka Beach Project in Puri—were not even used fully or partially for periods ranging from three to 15 years. In case of Aditya Aluminium, the emergency clause was invoked.

“Non utilisation of acquired private land and leased government land for intended purpose for long periods led to hoarding of land, a precious scarce resource by the promoters and IDCO without being put to any economic use. The current market value of this land which could be much higher, could not be exactly assessed by us due to limited sales statistics of acquired villages,” the report says.

CAG observed that there was practically no monitoring of utilisation of land by government after the MoUs are signed and allotments are made.

The state government has been advised to formulate a land use policy as well as land use plan for all districts.

CAG has asked the state government to set up an independent and representative regulatory authority to ensure strict compliance of land use norms and to ensure there is no arbitrary deviation from such norms.

It has also asked the government to prevent misuse of emergency provision in the Land Acquisition Act, restricting its application to exceptional cases and for only public purpose on fulfilment of prescribed conditions.