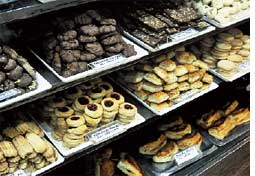 THE oils and fats sub-committee of the Ministry of Health and Family Welfare (mohfw), on March 18, agreed on a 10 per cent ceiling on trans fats in vanaspati ghee sold in the country. Members of the sub-committee also agreed trans fat levels shall be brought down further to 5 per cent in three years. The decision has not gone down well with the edible oil companies who want a higher cap of 15 per cent on trans fats.

The recommendations will now be sent to the Committee for Food Standards of mohfw for approval and enforcement. The sub-committee's decision marks the end of five years of deliberations on how much trans fats should be allowed in vegetable oils.

Trans fats are created when unsaturated oils are partially hydrogenated. These fats increase risk of heart diseases and diabetes. The government recognizes this fact but is yet to set a standard.

In January 2008, the sub-committee had recommended a three-phase approach for curbing use of trans fats. The limit was to be set at 15-20 per cent in the first phase starting January 2009. The March 18 recommendation, however, reduced this limit to 10 per cent.

D S Chaddha, senior technical adviser to the Confederation of Indian Industry, said the decision of the sub-committee is "unscientific". A cap of 15 per cent would be within limits set by who, which says one per cent energy consumed from trans fats is fine. "Our dissenting views will be forwarded along with the recommendations of the sub-committee," said Chaddha.

One of the reasons given by the industry for its inability to reduce trans-fats is the melting point standard set by the government. In earlier meetings, the industry demanded increase in the standard for melting point to 50C, from 31-41C, so that vanaspatis can be manufactured with more hydrogenation. The sub-committee said this would be discussed separately. Chaddha disagreed. The two issues should be taken together; a higher melting point is not detrimental to health, he said.

For vanaspati ghees, amount of different fatty acids have to be mentioned on the label. Right now companies only indicate the trans fats range on their labels. This does not help the consumer figure out if the fat is good for health (see 'Fat of the Matter', Down to Earth, February 1-15, 2009). mohfw notification on food labelling came into force on March 19, 2009 but without standards this does not make sense.