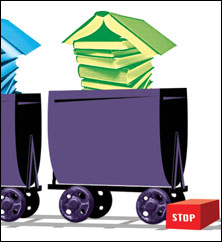 THE Union Ministry of Environment and Forests has stalled the construction of the private university funded by mining giant Vedanta Resources along the Puri-Konark marine drive in Orissa.

The ministry had granted environmental and Coastal Regulation Zone (CRZ) clearances to the university on April 16. But it decided to put the clearances on hold till it re-examines alleged illegalities in the project promoted by NRI billionaire Anil Agarwal, founder of Vedanta.

In a letter to the Anil Agarwal Foundation, the trust managing the university project, the ministry said it has received information alleging irregularities and illegal deeds of the trust. In the letter dated May 11 the ministry admitted it had not properly considered the objections raised by the Orissa Coastal Zone Management Authority while granting CRZ and environmental clearances to the Rs 15,000 crore project. The ministry asked the foundation not to proceed with any construction or development at the site till the objections and complaints are examined by the ministry’s expert appraisal committee.

Several organizations wrote letters of protest to the ministry when it cleared the project on 2,400 ha. Uma Ballav Rath, convenor of the forum opposing the project—Vedanta Vishwavidyalaya Virodhi Sangharsh Samiti—said the report of the Orissa Lok Pal had exposed every irregularity committed by the foundation to acquire land (see ‘Probe Vedanta land deal, says Lok Pal’, Down To Earth, May 16-31).