Green tax measures are welcomed in various states of America 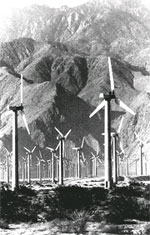 IT MAY have been slow in coming, but now a definite respect for green tax measures can be discerned in the developed world, especially in the US. A recent survey of state environmental tax provisions by the Centre for Global Change (CGC), US, has revealed that various states have enacted more than 250 green tax measures.

A common kind of state environmental tax is a tax on polluting industries, with revenues earmarked for a clean-up fund or some other kind of environmental trust fund. Alabama's tax on underground storage tanks is one such example. The stored fuel is taxed and the revenues are deposited in a clean-up fund. Connecticut's oyster tax is another example, where the state imposed a levy on the sale of oysters, with all the proceeds going to the production of seed oysters and restoration of oyster beds, which had been damaged due to over-harvesting and pollution.

Yet another measure is a tax incentive to develop clean technology. This has been dramatically successful in the case of wind power in California. In the past decade, the cost per kilowatt-hour of wind electricity fell to at least 25 per cent. In Oregon, businesses are provided with a tax credit cover of 35 per cent when they install approved energy-efficienty equipment. Equipment installed with the help of the tax credit since 1980 has so far saved the equivalent of two million barrels of oil.

There are other innovative tax measures as well which integrate state tax codes with state environmental standards. The Minnesota contaminated property tax, which was made effective from 1995 is levied on the 'contamination value' of the property - the difference in value before and after contamination. The Florida advance disposal fee is a waste disposal tax. This is a two per cent tax levied on every container sold in the consumer market. Any kind of container can be exempted from the tax, if more than half of the containers used in Florida are recycled. For instance, aluminum and steel cans are exempt from the tax. Since both are recycled at the rate just barely over 50 per cent, there is a strong incentive for further improvements - because if the recycling rate falls too low, the entire aluminum and steel container industries could become subject to tax. This tax is designed to create permanent, self-sustaining markets for recycling and is succeeding admirably.

Says J Andrew Hoerner, a fellow at CGC, "Any tax on pollution or natural resource consumption that is high enough to change the way firms behave can push the economy towards sustainability."