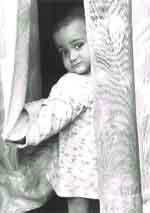 studies have shown that the problem of obsessive compulsive disorders ( ocds) in most people starts in childhood. Patients suffering from the disease develop odd behaviours such as checking things again and again, showing jerky movements after a brief illness or head injury, or spinning around a set number of times. According to Isobel Heyman, a psychiatrist at the Institute of Psychiatry, London, uk , most of the children tend to conceal such behaviours. This is the reason that the disorder is less visible and largely misunderstood ( British Medical Journal , Vol 315, No 7106).

ocds in children can be highly disabling and lead to concerning results in their long-term growth and development.In fact, the recognition of ocds is an important part of the overall recognition of psychiatric problems in children. Until recently, nobody ever thought that a child could suffer from depression which needs treatment or counselling. About five per cent children in western societies suffer from depression and are increasingly being treated with drugs and behavioural support therapy.

Research on mental disorders has proved that ocds are psychiatric problems and not the outcome of severe childhood emotional trauma. Researchers say that ocds may be triggered by a variety of factors including rogue genes, head injuries and an auto-immune reaction following a childhood infection.

Since early 1990s, Susan Swedo at the National Institute of Mental Health, Bethesda, usa , has been using positron emission topography ( pet ) to study the neural circuitry in different regions of the human brain with ocds. She has reported ocd-like symptoms in some children infected with normal sore-throat caused by a bacterium called Streptococcus . Such patients have been named as pandas - paediatric auto-immune neuro-psychiatric disorders.

Swedo is still investigating the Streptococcus-induced ocd. She has recently published another paper showing that 58 per cent of pandas children have a protein on the surface of certain immune cells, as compared to only 15 per cent in normal children ( American Journal of Psychiatry , Vol 154, No 1).

But people suffering from ocds need not worry. Unlike other mental illnesses such as schizophrenia, the symptoms of ocds are relatively easy to control. Behaviour therapy greatly reduces symptoms in nearly 90 per cent of patients who complete the course. However, this is an expensive, time consuming procedure and a thoroughly unpleasant experience for the children. This is the reason that only 50 per cent patients complete full course of the therapy. A large number of them rely on medication.