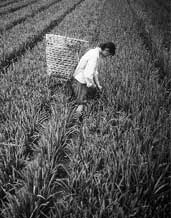 A diet comprising a bowl of rice and vegetables may seem rather stern compared to the relatively rich daily fare of today, but it was heart-friendly, claim doctors. With the rising living standards, a significant percentage of the China's formidable populace is switching to meat. Pork with eggs has attained cult popularity, and pork fat is used to make a tasty sauce. While these meat-and-oil-rich delicacies may satisfy the Chinese taste buds, they are what health experts call "heart attacks on a plate".

Fifteen million people -- or one in every 80 Chinese -- suffer from some form of cardiac complaint. Another 90 million, with high blood pressure levels, are lining up for severe heart problems in later life. In fact, heart-related disorders are giving some stiff competition to China's top killer: cancer

According to doctors, coronary heart diseases, linked to food replete with fats and cholesterol, have quadrupled since 1991.In Beijing's Fuwai Hospital, China's leading cardiovas-cular medical centre, about one-thirds of out-patients are diagnosed as having coronary problems. In 1958, during the first year of this institution's operation, such problems accounted for as little as three per cent. Around 85,000 Chinese are born with heart problems every year. In 1996, more than 2,200 congenital heart disease (chd) operations were carried out on children at the Fuwai Hospital, more than double the 1991 figure.

Chinese heart surgery has made many crucial advances in the 90's, claims Shang Hua, a paediatrician at Fuwai Hospital. "The number of operations performed has risen, more complicated surgeries have been performed and mortality rates have fallen," she says. The 1.1 per cent mortality rate among Fuwai Hospital's cardiovascular operations in 1996 approaches that of many developed nations. The number of hospitals performing open-heart surgery has risen sevenfold to 483 since the last decade, and the number of qualified heart surgeons totals nearly 3,000.

Over 30,000 Chinese undergo heart operations annually, 10,000 of which involve valve-replacement surgery. Despite these achievements, China still struggles in certain areas of heart disorders: only 16 transplants have been performed in the country so far, compared to the 30,000 in the rest of the world. Seven out of 16 patients do not survive the operation, while four more die at later stages.