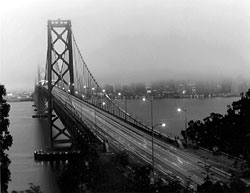 the California Air Resources Board (carb) has recently approved stricter standards for checking particulate matter (pm) in the state. carb calculations show that realisation of the new standards would reduce 6,500 premature deaths every year. "This is an important step because these particles seriously impact human health, particularly infants, children, the elderly and those with heart or lung problems," carb chairperson Alan Lloyd is reported to have said.

The standards will come into effect later this year or early next year after a review of the new regulations. While California was almost as polluted as New Delhi is today, it has taken pioneering steps to clean up its air as compared to the precious little India has done. The first set of ambient air quality standards were enforced in 1982 in India after which they were modified in 1994. But, nothing has been done ever since. (see: Lagging behind).

The Children's Environmental Health Protection Act passed by the California state legislature in 1999 required that carb, in consultation with the office of environmental health hazard assessment, "review all existing health-based ambient air quality standards". This review was to determine whether based on public health, scientific literature and exposure pattern data, these standards adequately protected the health of the public, including infants and children. carb adopted the new pm norms as a result of these requirements.

The health effects associated with pm exposure include premature mortality, acute and chronic bronchitis, asthma attacks and days with some restriction in activity. As directed by the Children's Environmental Health Protection Act -- the carb will be reviewing air quality standards for all pollutants soon, to protect children's and infants health.