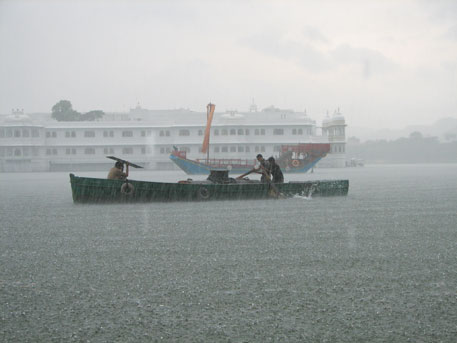 URBAN and industrial air pollution is a mencae in many parts of the world. It is the root cause of global warming and climate change. But even small policy interventions can go a long way in mitigating such effects. A study shows that following the passage of the Clean Air Act in 1970 in Atlanta, rainfall dramatically and abruptly increased in the region. Before the law was passed, high atmospheric concentration of particulates from urban and industrial sources had been recorded in the region and rainfall had been dwindling for long.

Author of the study, Jeremy E Diem, who is an assistant professor at the department of geosciences at Georgia State University in the US, says the study confirms there is a direct link between rainfall and pollution. Diem analysed the summer rainfall data from nine weather stations in Atlanta from 1948 to 2009, to arrive at the startling conclusion. The study, published in Atmospheric Environment on April 13, states, “The passage of the Clean Air Act of 1970 caused a dramatic decrease in particulate emissions; from 1970 to 1975, emissions of PM10—particulates with a diameter less than or equal to 10 mm—decreased by 40 per cent. The reduction in emissions caused a rapid rebound in summer rainfall in the Atlanta region.”

He explains that particulates act as cloud condensation nuclei and increased concentration of such nuclei due to fossil fuel combustion and other sources increases the number of cloud droplets while decreasing their size. This, he says, slows the conversion of cloud droplets into raindrops. “Really, the only plausible reason for the increased rainfall is the reduced pollution due to the passage of the Clean Air Act,” says Diem. “The study may also have implications for other urban areas around the world experiencing drop-offs in rainfall due to pollution.”

Chandana Mitra, assistant professor at the department of geology and geography of Auburn University in Alabama, US, says, “There is a strong correlation between aerosols and rainfall but whether aerosols suppress or enhance rainfall is not yet well understood.”