Clearer than ever: global warming is for real

The fact that gradual warming of the earth is caused by humans was reinforced by the latest assessment report from the Intergovernmental Panel on Climate Change (IPCC). The first of the three-part report, collectively called Assessment Report 5 (AR5), was released on Friday in Stockholm. It says that involvement of humans is clear in the alteration of the planet's climate patterns. It says that the changes in the climate patterns are unprecedented.

“Observations of changes in the climate system are based on multiple lines of independent evidence. Our assessment of the science finds that the atmosphere and ocean have warmed, the amount of snow and ice has diminished, the global mean sea level has risen and the concentrations of greenhouse gases have increased,” said Qin Dahe, co-chair of IPCC Working Group I.

“Warming of the climate system is unequivocal, and since the 1950s, many of the observed changes are unprecedented over decades to millennia. The atmosphere and ocean have warmed, the amounts of snow and ice have diminished, sea level has risen, and the concentrations of greenhouse gases have increased,” notes the report. Human influence has been detected in warming of the atmosphere and the ocean, in changes in the global water cycle, in reductions in snow and ice, in global mean sea level rise, and in changes in some climate extremes. This evidence for human influence has grown since AR4. It is extremely likely that human influence has been the dominant cause of the observed warming since the mid-20th century, the report says.

Business as usual will lead to more havoc and the planet will require substantial reduction in green house gas emissions to keep temperature rising beyond 1.5°C by the turn of the next century, says the report. “Global surface temperature change for the end of the 21st century is projected to be likely to exceed 1.5°C relative to 1850 to 1900 in all but the lowest scenario considered, and likely to exceed 2°C for the two high scenarios,” said co-chair Thomas Stocker. Heat-waves are likely to become more frequent and will last longer while the wet regions will receive more rainfall and dry regions will have greater droughts, the co-chair said.

There is a good chance that monsoons which is of key importance to India will see anomalies. The report says that it is likely that the area encompassed by monsoon systems will increase over the 21st century. “While monsoon winds are likely to weaken, monsoon precipitation is likely to intensify due to the increase in atmospheric moisture. Monsoon onset dates are likely to become earlier or not to change much. Monsoon retreat dates will likely be delayed, resulting in lengthening of the monsoon season in many regions,” the report states. 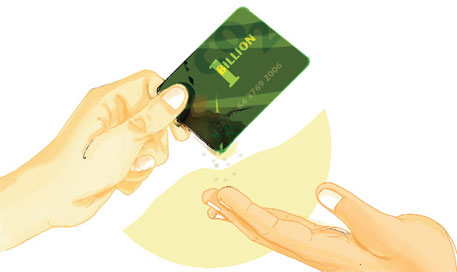 The oceans are also likely to get warmer especially the upper layer of the ocean ranging from 0 to 700 metres in depth. “Ocean warming dominates the increase in energy stored in the climate system, accounting for more than 90 per cent of the energy accumulated between 1971 and 2010 (high confidence). It is virtually certain that the upper ocean (0−700 m) warmed from 1971 to 2010,” the report notes.

“As the ocean warms, and glaciers and ice sheets reduce, global mean sea level will continue to rise, but at a faster rate than we have experienced over the past 40 years,” said Dahe.

The report finds with high confidence that ocean warming dominates the increase in energy stored in the climate system, accounting for more than 90 per cent of the energy accumulated between 1971 and 2010.

The report has used four scenarios of future greenhouse gas (GHG) concentrations and aerosols, spanning a wide range of possible futures. This report assesses the global warming in the 20th and the 21st century. It notes that effects of climate change will persist for a many centuries even if the world puts a complete halt to CO2 emissions.