Antarctica lost more than 3 trillion tonnes of ice in 25 years, but where is all the water going? 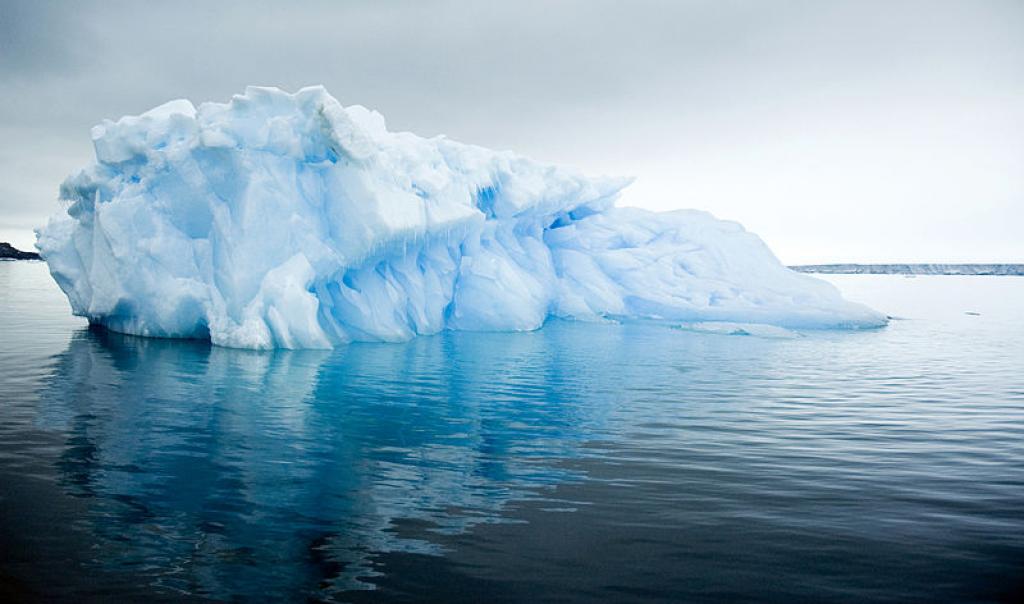 The rate of melting of ice in Antarctica has tripled in the last five years as compared to 20 years before that, according to a new study published in the journal Nature.

A group of 84 scientists from 44 institutions, under the Ice Sheet Mass Balance Inter Comparison Exercise (IMBIE) project supported by the National Aeronautical and Space Administration (NASA) and the European Space Agency (ESA), have found that the annual ice loss from the Antarctic has increased from an average of 76 billion tonnes before 2012 to an average of 219 billion tonnes between 2012 and 2017. This is the second such assessment which is part of a continuing study on melting ice sheets in Antarctica and Greenland.

Between 1992 and 2017, Antarctica lost more than 3 trillion tonnes of ice. This made the global sea levels rise by about 7.6 mm – enough to submerge the entire state of Texas under about 4 meters of water. The impact was more in the western part of the continent which lost 160 billion tonnes every year since 2012 which is 70 per cent of the total loss. On the other hand, the eastern part saw a more gradual increase in ice cover at a rate of 5 billion tonnes per year in the past 25 years though the increase has slowed down in the past few years.

“According to our analysis, there has been a steep increase in ice losses from Antarctica during the past decade, and the continent is causing sea levels to rise faster today than at any time in the past 25 years. This has to be a concern for the governments we trust to protect our coastal cities and communities,” Andrew Shepherd, lead author of the study, said in a statement published by the University of Leeds.

Sea level rise not the only indicator

There are other indications of the impact of climate change on the Antarctic’s melting ice. A recent study published in April this year in the journal Nature Geoscience had found that the under surface water in the Antarctic has been doubling every two decades. The base of the ice near the floor of the ocean had shrunk by about 1,463 sq km between 2010 and 2016, roughly the size of Delhi. This was happening because warm water was melting away ice in parts of the continent that were in contact with the southern ocean.

Antarctica was considered by scientists to be the more resilient of the two poles to climate change. But recent findings have put a question mark on that belief. If all the ice in Antarctica were to melt, then it will cause a global sea level rise of 58 meters which would in turn submerge most of the low lying coastal areas in the world.

No coming for the Arctic

The North Pole has already reached a new normal when it comes to ice cover. According to the Arctic report card, a peer reviewed annual study on the status of Arctic ice published by the National Oceanic and Atmospheric Administration (NOAA), “The Arctic shows no signs of returning to a reliably frozen region of recent past decades.”

“The sea ice cover continues to be relatively young and thin with older, thicker ice comprising only 21% of the ice cover in 2017 compared to 45% in 1985,” finds the study.

Moreover other ice rich regions like Greenland and the Himalayas are also contributing to the sea level rise. A study published in the journal Nature Climate Change in June 2017 had found that melting ice from Green land contributed more than 25 per cent to sea level rise in 2014 as compared to 5 per cent in 1993. The same study also found the glaciers in other mountain ranges of the world like the Himalayas to have also had an impact on sea level rise.

Another study from 2013 had estimated that globally glaciers had lost 259 billion tonnes of ice every year between 2003 and 2009. This contributed to 30 percent of the sea level rise and was equal to the ice melt from Antarctica and Greenland combined.

An animation prepared by NOAA showing the impact of global sea level rise in increments of 10 m paints a bleak picture for the future of the planet with major regions getting submerged under water.

The fourth assessment report of the Intergovernmental Panel on Climate Change (IPCC) estimated that sea levels would rise by a maximum of 0.6 m by the end of the century. Even with this prediction it said that major losses to coastal communities in terms of land and livelihoods across the world will occur.  It had assessed that most of the sea level rise was due to the thermal expansion of the oceans due to global warming. But now the current rate of melting of Antarctic ice, the Arctic and other major ice regions of the world like the Himalayas are to be taken into account to know exactly how much water is being added into the oceans.