By 2018 end, the Paris Agreement rule book has to be finalised. But efforts to finalise these set of rules at Bonn was marred by tardy pace and no concrete text 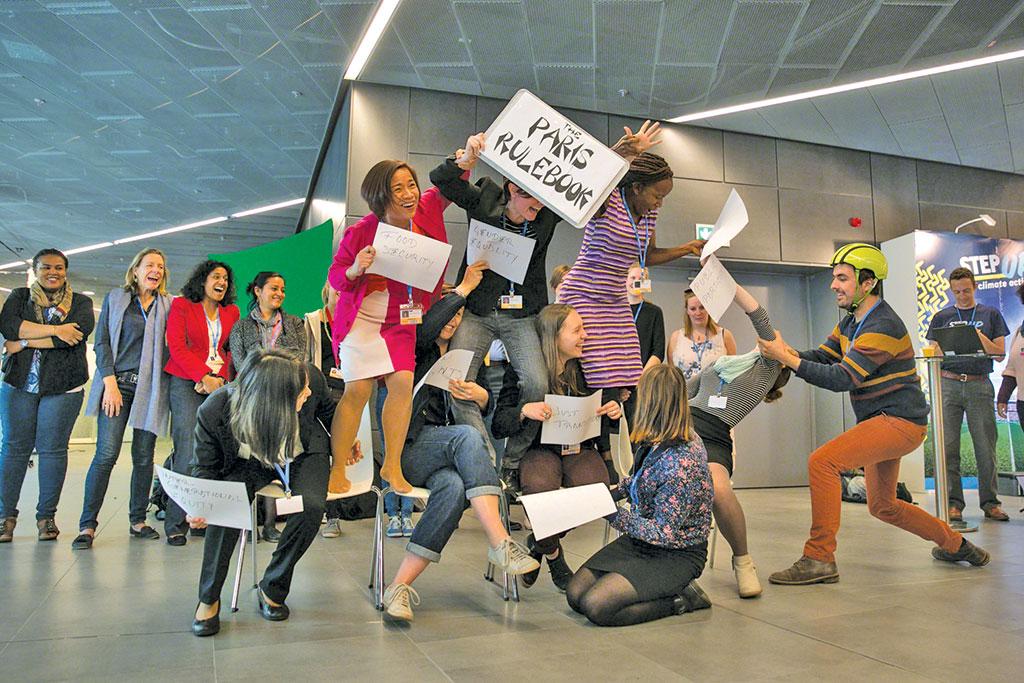 Will the era post Paris Agreement be a just one? Doubts loom large as envoys from almost 200 nations left Bonn, Germany, on May 10 without producing a draft negotiating text for the world leaders to finalise the rule book, which would govern the global accord on climate change from 2020. Governments want to finalise the guidelines at the 24th UN Climate Change Conference, or COP24, scheduled to be held at Katowice, Poland, in December for timely implementation of the Paris Agreement. Climate negotiators can clearly hear the clock ticking. Yet, negotiations at the 10-day-Bonn conference moved at nothing beyond a snail’s pace. And a sense of déjà vu prevailed as Parties struggled to reach a consensus over several “agenda items” declared in the Agreement in December 2015.

Like previous climate change conferences, Parties differed on their differentiated responsibilities on a range of issues, including adaptation communication, loss and damage, transparency on climate actions, finance and accounting. And the 48th intersessional climate negotiations under the UN Framework Convention on Climate Change (UNFCCC) could only succeed in drafting hundreds of informal texts and draft conclusion texts, that too on a very few agenda items.

“I am satisfied that some progress was made at Bonn. But many voices are underlining the urgency of advancing more rapidly on finalising the operational guidelines. The package being negotiated is highly technical and complex. We need to put it in place so that the world can monitor progress on climate action,” said UNFCCC Executive Secretary Patricia Espinosa as curtain fell on the talks and delegates planned to pick up the threads at Bangkok in August.

A few other events held on the sidelines of the negotiations also gained attention. One such was the Korinivia roadmap on agriculture in which Parties have agreed to undertake a joint action plan for identifying and addressing the impact of climate change on agriculture that suffers the most due to extreme weather events, particularly in developing countries. But most others side sessions would be known as much for their novelty as for futility.

Responding to the call by developing nations to recognise loss and damages caused due to climate change as a serious agenda, Bonn for the first time created a space, called Suva Expert Dialogue, where countries could share views on how to minimise and address the impact of extreme weather events, particularly on agriculture. To address loss and damage, finance emerged as the single biggest concern among participants from developing countries. But even as the demand for a clear roadmap towards mobilising of finance was pushed, the issue failed to move beyond the projector screen.

At the end of six informal discussions held over two days, the overwhelming feeling was that of a missed opportunity. It was disappointing to see threadbare participation from developed countries who showed little interest in the discussions and offered no solution to overcome loss and damage. Besides, Parties continued to project insurance as a major redressal option while there was no discussion on accountability and accessibility of insurance. It’s time the discussion moved beyond it, as insurance has so far failed to benefit small-scale and marginal farmers, who form a majority of the workforce in developing countries. 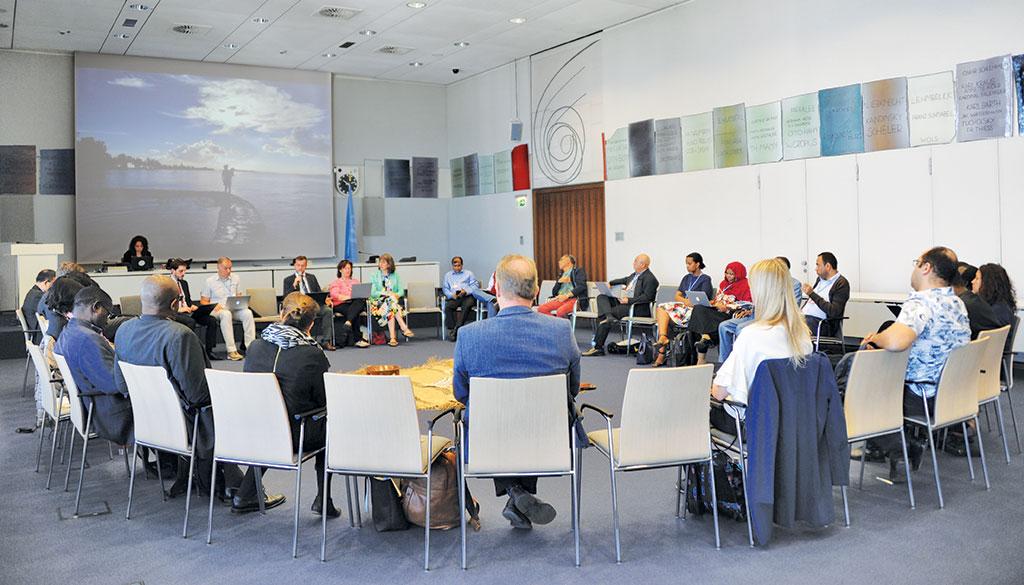 Bonn also saw the launch of the global review of climate commitment, known as the Talanoa Dialogue. Christened by Fiji at COP23 to take stock of the current progress made towards climate action, the dialogue witnessed participation from every walk of life—youths, civil society, businesses, indigenous groups and governments—who narrated their experiences on dealing with climate impacts. Parties also expressed the need to organise regional and local Talanoa dialogues to step up climate ambitions.

The mood was that the dialogue on climate cannot be restricted to UNFCCC and forums like the Petersberg climate dialogue and ministerial meetings must also be used as forums to push for greater climate ambition. The outcomes will be captured in a synthesis report ahead of COP24.

At the opening session, Espinosa said, “While the costs of addressing climate change have moved into trillions of US dollars, we still are talking in billions.” Despite such pep talk, finance emerged as the main bottleneck between developed and developing nations. A major impasse occurred when developing countries urged for the roadmap to fulfil the mandate of US $ 100 billion by developed countries and demanded that a process be put in place to ensure they increase their commitments over and above the current commitment of $100 billion per year by 2025. To this, rich nations pressed for increasing the donor base.

Parties also failed to reach an agreement on the nature of climate finance. Currently, much of the climate finance from national governments and private entities is in the form of conditional loans and credit lines rather than direct aid. However, taking into account the recent deadlock, it does not look likely that this would change anytime in the near future. “Finance is key to meeting the goals of the Paris Agreement. In the face of climate change, poor and vulnerable countries are forced to address loss and damage and adapt to a changing climate. This is not possible without predictable and sustai nable support. Countries have failed to deliver on pre-2020 commitments and global temperatures are dangerously close to 1.5oC. Countries need to shoulder their fair share of effort to increase ambition and support in line with their responsibilities for this crisis and their capabilities to respond,” says Ethiopian negotiator Gebru Jember Endalew, current chair of the Least Developed Countries’ negotiating group. 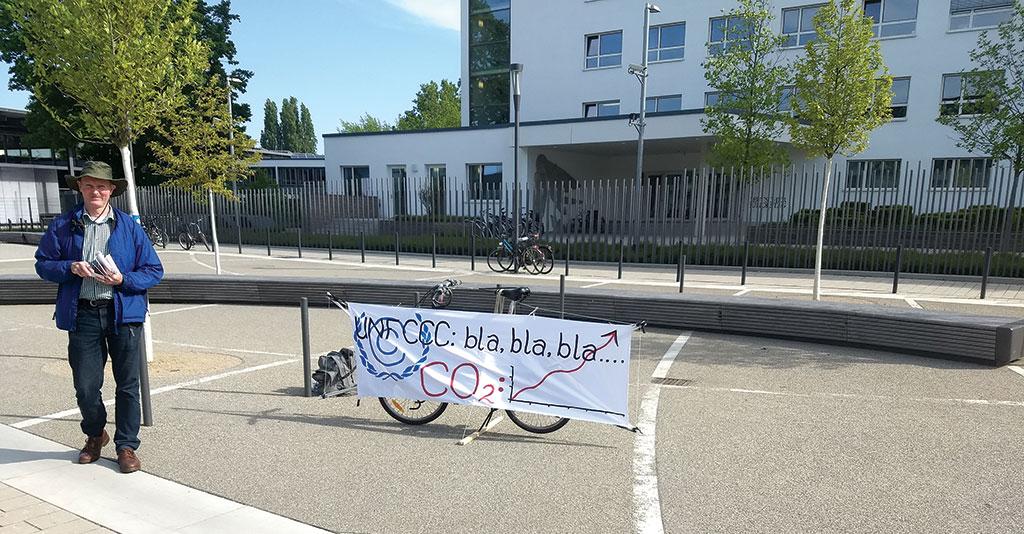 Too much to do in too little time

As of now, there is little clarity on how the rule book dialogue will move forward next in Bangkok. However, the half-hearted progress at Bonn means that negotiators now have just three weeks at hand to thrash out the rule book. And a rush job could put at risk the fair implementation of the landmark deal that aims to limit carbon emissions. With the Parties differing on fundamental stance, it would be difficult to find areas of convergence and convince all to come to a compromise in preparation of a balanced and robust rule book. Clearly, more political will is needed and there is very less time. To ensure that the process of climate talks and the mandate set by the Parties is not discredited, it is essential to prepare the rule book by 2018-end to build trust, foster cooperation and raise ambition.

“Climate change impacts will not wait for slow-paced government negotiations,” says Sven Harmeling, head of Climate Change and Resilience at CARE International, a humanitarian body. Without stron ger political leadership, Harmeling adds, it will be an uphill battle to achieve the major milestones envisaged for COP24 in Poland, particularly on the Paris rule book.

“The Paris Agreement cannot be a one-off achievement which is left like a trophy in a box to be admired but never acted on,” says Li Shuo, Senior Global Policy advisor, Greenpeace, adding that in the months before Bangkok, ministers must engage to start a dynamic process that leads to a rob-ust rule book and much greater ambition.

(This article was first published in the 1-15th June issue of Down To Earth under the headline 'Informal, so far').