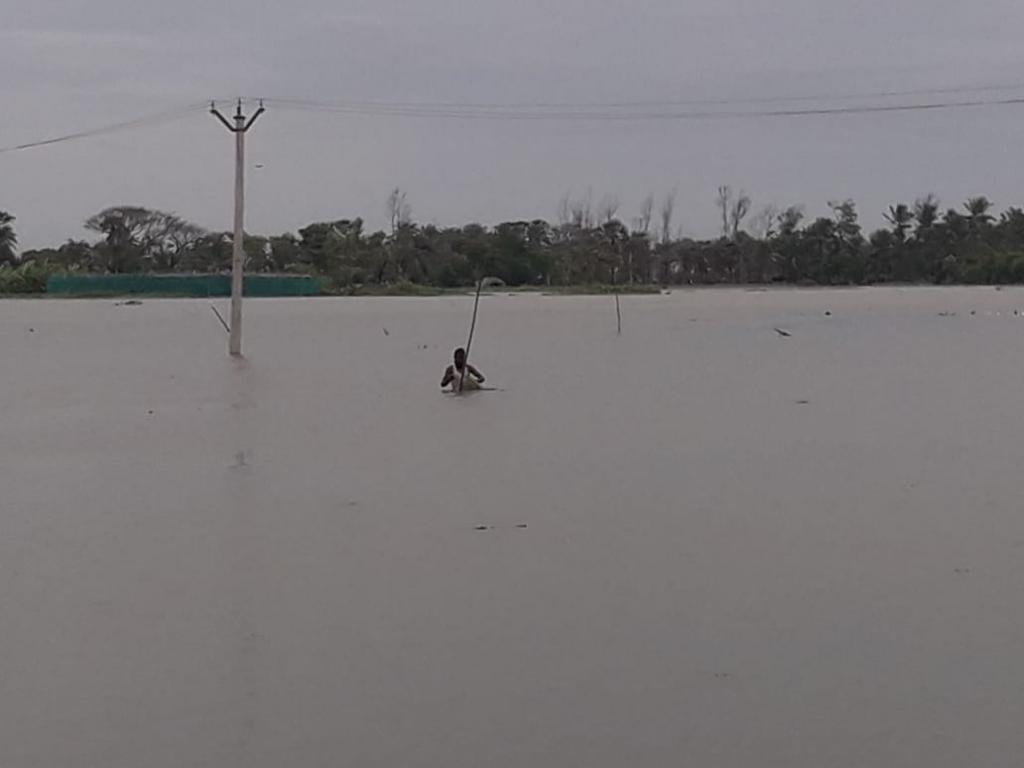 The disaster was limited to the coastal area, with the outer world — including the rest of the state — hardly having any idea. The administration’s response was wanting as locals did not receive enough dry food (like puffed rice), let alone any other support, even 36 hours after the disaster.

“We have repeatedly sought relief from the local administration but, so far, received almost nothing,” a local resident said.

State disaster management minister Javed Ahmed Khan promised immediate help when Down to Earth shared the ground reality with him on Friday evening.

“I am asking my department to arrange support for the affected people as quickly as possible,” he said.

The situation may worsen: India Meteorological Department (IMD) has predicted the formation of another spell of low pressure, and in turn heavy rainfall, and strong wind in coastal areas of South 24 Parganas district from August 23.

The latest disaster is the third for the island in the last 10 months. Mousuni, with a population of nearly 30,000, was devastated in May and November last by extremely severe cyclones Amphan and Bulbul respectively.

The landfalls of both were within 20 km from the island — a rarity globally.

Close to a quarter of Mousuni has been flooded with saline water from the surrounding Muriganga and Chinai rivers as well as Bay of Bengal in the last two days, locals said. This has affected agricultural fields as well as fisheries.

Mousuni, along with Ghoramara and Sagar, are among the most vulnerable in the region, climate experts have pointed out. The three adjacent islands underline the high climate risk faced by the risk of western part of Indian Sundarbans.

“Disaster first struck August 20. The rivers were already brimming due to the incessant rain. The high tide coupled with the easterlies led to them breaching embankments in at least six areas. River water also surged over the embankments at some places,” said Subhendu Maity, an official of Mousuni Gram Panchayat.

“Around 3,000 people are severely affected; many mud houses have been damaged,” Maity added. Many have taken shelter at nearby school buildings.

“Many patients affected by the novel coronavirus disease are still there in flood shelters. So, the only options for those affected by the extreme weather were the schools and some private concrete houses,” said Adalat Khan, former Gram Panchayat head.

Coastal south 24 Paraganas, including Mousuni, was likely to receive more heavy rain as well as strong wind, and hence larger waves, during the period. Fishermen have been asked not to venture into the sea.

Maity said embankments of both Muriganga and Chinai are already breached; three of the four mouzas constituting the island — Mousuni, Baliara and Bagdanga – were affected.

“We are adept at facing disasters in Mousuni,” said Khan citing how the local residents have dealth with cyclones Aila, Bulbul and Amphan. “But the last one caught us under-prepared. Apart from the breaches, water also surged over the embankment from the Bay side,” he added.

No embankment for 17 kms

Locals claimed the maximum damage was near Signal Point in Mousuni mouza, where embankments are missing for close to 1.5 km.

“We have been demanding embankments for four years. We have even written to the chief minister. Former irrigation minister Rajib Banerjee took the initiative and embankments were built over a few kilometres, but there has been no progress since he left office,” a local resident said.

For about 17 of a total 29 kilometres, either by the sea or by rivers, embankments are either non-existent or highly vulnerable.

“I lost my house during Bulbul; Amphan blew away the roof blown; and now again…” rued Sanjita Bibi. She is the rule rather than exception.

Displacement has become routine in Mousuni. “This is my fourth house in the last 10 years. Even the land for burying the dead has not been spared,” Sakina Bibi, another local resident, had told this correspondent recently.

Almost every alternate household, in Mousuni, has a similar story. According to the Oceanographic department of Jadavpur University (JU), the island has lost about a fifth of its land area to the rising water level in the last five decades — about 5.8 of 28 square kilometres. Population, meanwhile, increased 2.5 folds.

“More than 1,500 families have been displaced from vulnerable pockets of Baliara, Kusumtala and Bagdanga several times in the last 15 years. This latest round will add to the number,” said an elderly resident.

According to a calculation, about 90 per cent of the island’s population are affected whenever a major disaster hits. And such incidents have become increasingly more frequent.

“Disaster-prone areas like Mousuni are like punching bags. They keep on taking punches and often don’t get the chance to recover. The world should take note of the situation in Mousuni,” said Sajay Vashist, director of Climate Action Network, South Asia.

Thrice as worse as world average

Climate change is the major driver behind the increasing vulnerability of Mousuni island. “The rate of relative sea level rise in the zone, as measured in Sagar island close to Mousuni, is about 8-12 millimetres per year — three-four times over the global average,” says Sugata Hazra from the JU Oceanography department.

“Despite facing severe and repeated climate impacts over the last many years, the vulnerability of people living in Mousuni and elsewhere in Sundarbans has not yet appropriately been recognised at a global level. We need to push for more support internationally,” said Harjeet Singh, global climate lead of Action Aid, who visited Mousuni as part of an expert team earlier.