At present, about 12 million people across Ethiopia, Kenya and Somalia are in need of food assistance 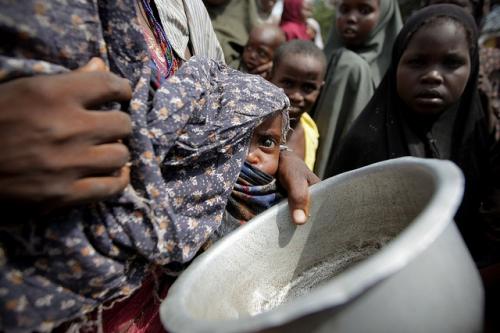 The Horn of Africa is likely to witness hunger and decline of rural livelihoods in the coming months, as families struggle to cope with the effects of multiple droughts that hit the region this year. Added to this, refugees in east Africa are expected to place extra burden on the food and nutrition scenario of the region.

At present, about 12 million people across Ethiopia, Kenya and Somalia are in need of food assistance. Families are facing limited access to food and income, rising debts, low cereal and seed stocks and low milk and meat production.

Farmers need urgent support to recover from consecutive harvest losses and to keep their breeding livestock healthy and productive at a time when pastures are very dry.

“We are dealing with a cyclical phenomenon in the Horn of Africa,” Dominique Burgeon, director of Food and Agriculture Organization’s emergency and rehabilitation division, says. “But we also know from experience that timely support to farming families can significantly boost their ability to withstand the impacts of these droughts and soften the blow to their livelihoods.”

Kenya is likely to see another drought in early 2017, and with it a rise in food insecurity. Current estimates show some 1.3 million people are food insecure.

Based on latest predictions, impacts of the current drought in the southern part of the country will lessen by mid-2017, but counties in the north, in particular Turkana, Marsabit, Wajir and Mandera, will steadily get worse.

Families in these areas depend on livestock. Now, with their livelihoods stressed, they will get little relief from the October-December short rains, which typically mark a recovery period, but once again fell short this season.

In the affected counties, the terms of trade have become increasingly unfavourable for livestock keepers, as prices of staple foods are rising while a flood of weakened sheep, goats and cows onto local markets has brought down livestock prices.

After two poor rainy seasons this year, Somalia is in a countrywide state of drought emergency, ranging from moderate to extreme.

To make matters worse, the country’s driest season—the Jilaal that begins in January—is expected to be even harsher than usual, which means Somali famers are unlikely to get a break anytime soon.

Farmers are already facing a second consecutive season with poor harvest. Pastoralists are struggling to provide food for both their families and livestock, as pasture and water for grazing their animals are becoming scarce.

Farming families in Ethiopia are extremely vulnerable, as they have not been able to recover from the 2015 El Nino-induced drought. Some 5.6 million people remain food insecure, while millions more depend on livestock herds that need to be protected and treated to improve milk and meat production.

The crop situation is relatively stable after the country completed the most widespread emergency seed distribution in Ethiopia’s history under which 1.5 million households had access to drought-resistant seeds.