Letter to the Prime Minister of India on India'a position on climate change at Kyoto. 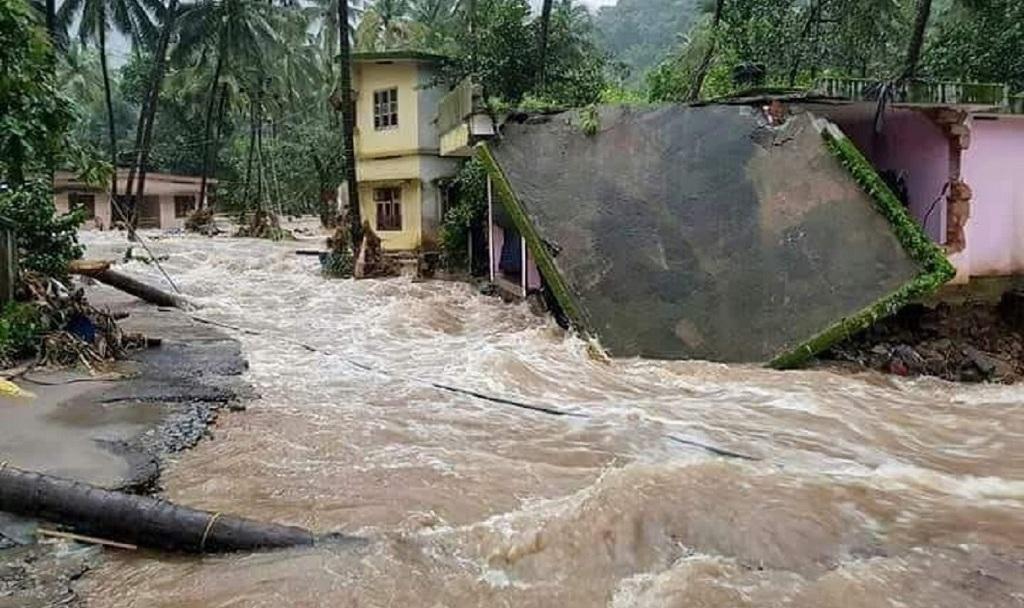 We wish to register a strong protest against your endorsement of the recent statement of the Commonwealth Heads of Government meeting in Edinburgh. The environment section of the communiqué shows that the position of developing countries in climate change negotiations has been totally compromised. We sincerely hope that this is not the position of the Government of India. The communiqué states that "after Kyoto all countries will need to play their part by pursuing policies that would result in significant reductions of greenhouse gas emissions if we are to solve a global problem that affects us all (emphasis ours)." This compromise, coming close to the crucial negotiations leading up to the Third Conference of the Parties to the Framework Convention on Climate Change at Kyoto, will damage the position of the entire South and will force them to mortgage their present and future using such sham words as of "our common interest". We call upon you to reject this statement and ask you to instruct the Indian delegation to go to Kyoto with a firm commitment to secure our per capita entitlements to a common global resource, in this case, the atmosphere. Anything less would be unacceptable and would grievously harm the future economic and environmental interests of Indians and of all people living in the developing world.

We are presenting below some crucial facts which would help you understand our concern.

Firstly, the history. In 1995, at the first Conference of Parties held in Berlin, it was agreed that industrialised countries would commit to a legally binding schedule to cut carbon dioxide emissions. The Ad hoc Group on the Berlin Mandate was set up to negotiate the timetable for reductions. After two years the group is nowhere close to agreement. Two countries, the US and Australia, have refused to take firm action which is needed to cut emissions, solely in the interests of their own economies.

The various proposals are as follows;

In addition, the US president, Bill Clinton, has clearly stated that his country will not agree to "binding obligations unless key developing countries meaningfully participate in this effort" (emphasis ours). According to him "developing countries also must be engaged". The US stand shows total disregard for the principle of "shared but differentiated responsibility" which was agreed at Rio and which the US endorsed. This principle itself was a concession made by developing countries which did not press for the "Polluter Pays Principle."

The US position is driven by domestic compulsions. In July, the US Senate passed an unprecedented 95-0 non-binding resolution that it will not ratify any treaty which would cause serious economic damage to the US. It called for the involvement of the growing competitors of the US, namely, China, South Korea and India in any agreement on climate change. An industry-trade union alliance has launched an advertising blitz, full of falsehoods, to convince the public that the result of a strong treaty on climate would be that, on one hand, the prices of everything from oil to eggs will skyrocket in the US and, on the other hand, developing countries like India, China and South Korea will get a free-ride while US consumers foot the bill. Trade unions argue that companies in the US which emit high levels of carbon dioxide will move to countries like India, which have no targets and this could lead to a job loss of as much as 600,000. This paranoia of a country which believes its "lifestyle is not negotiable" is clearly fueling its position and seeking our involvement in the new guise of "common interests and common responsibility of us all".

Your endorsement of the Commonwealth Communiqué clearly supports the US position. And weakens the position of the South. The respected British magazine, Nature has reported in its most recent issue (October 30, 1997) that the British government brokered a deal between Australia and developing countries at the recent summit. But it also reports that while India and other member developing countries have jeopardised their own interests in agreeing to the statement, Australia for whom the "deal" was made remains ambiguous about its commitments. Its Prime Minister, John Howard, has appeared on television claiming that the document amounted for a "triumph for Australia as it did not imply a commitment to legally binding emissions reductions."

You, on the other hand, have reportedly told the press that "India has been able to safeguard the interests of developing world a great deal" (Outlook, November 10, 1997). You may also please note that the Commonwealth Communiqué is in complete contradiction with the position of the G-77 and China at the recently held meeting of the Ad-hoc Group on the Berlin Mandate, in which it rejected any move to commit developing countries to climate reduction targets.

This argument should be condemned strongly. In 1991, the Centre for Science and Environment, had said that these statements were "both irresponsible and highly partisan." We repeat it now. They constitute the worst form of preaching the world has even seen. What happens to our quota of the atmosphere? Whose future generations are we seeking to protect?

The US statistics need to be put in perspective. All that this means is that the current emissions from the North are so disproportionately large (the US with less than 5 per cent of the world’s people contributes over 25 per cent of the world’s greenhouse gas emissions according to the US president himself) that it would take as much as 40 years for the South to catch up.

If emissions are synonymous with economic growth -- as the US itself seems to believe -- then as a commentator from the North has asked, "the concern for the South is not that they will be emitting so much in 2035, but that they would be still emitting so little."

And thirdly, this is only half the answer.

The most important element in greenhouse gas emissions are ‘historical emissions’. These are the past emissions of countries which are still present in the atmosphere and which are inducing climate change today. A US scientist has calculated this "natural debt" of nations -- just as nations take on a financial debt over years to grow faster they also take on a natural debt in which they borrow against the assimilative capacity of the environment by releasing waste gases faster than they can be removed naturally. According to his calculations, if annual per capita emissions in the US were to remain at 1990 levels and India was to grow at its present rate, India would reach the level of 1 tonne/year in the year 2024 -- a level that was surpassed by the US before 1900.

Let us also be very clear that in spite of the Framework Convention and the commitment of industrialised countries to stabilise greenhouse gas emission at 1990 levels, very little has actually happened. According to the calculations of the World Energy Council, carbon dioxide emissions from the OECD countries have risen by 7.8 per cent since 1990. In the US, emissions are expected to increase by over 13 per cent by the end of the century over 1990 levels. Only two countries -- Germany and United Kingdom are expected to meet the target. But both for incidental reasons -- Germany because of the closure of industries in East Germany which got added to its account and the UK, because of the switch from coal to gas. But already, the UK is showing that in 1996, carbon dioxide emissions went up after a decline since 1991 and it is possible that UK may not meet its target either.

We expect the Prime Minister of India to take a firm position in this intensely political situation and not succumb to the diplomatic designs of a few countries.