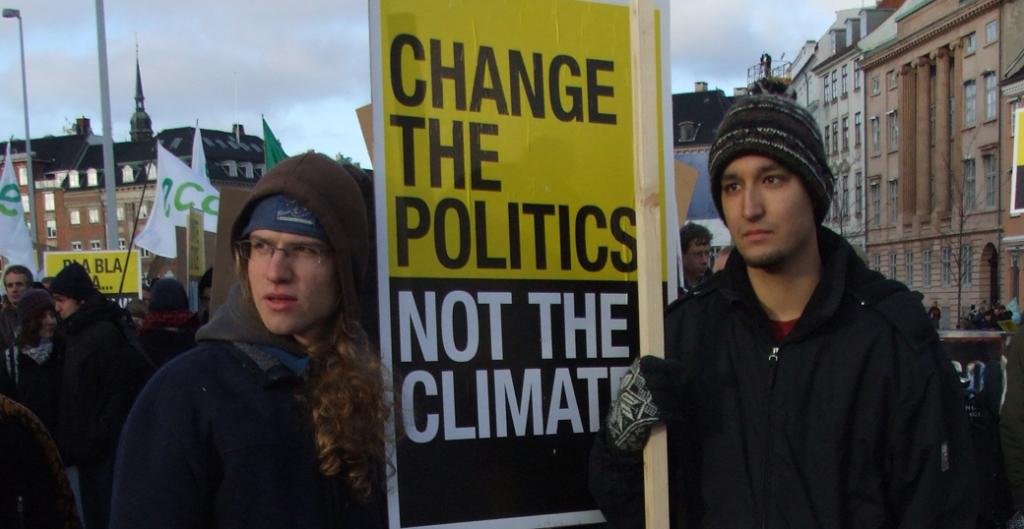 Beating about Bush"I oppose the Kyoto Protocol because it exempts 80 per cent of the world, including major population centres such as China and India, from compliance and would cause serious harm to the us economy." This retrogressive statement made by us President George W Bush in a letter to Republican senators has sparked off a series of horrified reactions from leaders across the world, and from non-governmental organisations for backing off from pre-election promises.

Meanwhile, the Indian government has failed to react to this accusation leveled at the country. These "population centres" which Bush refers to make an insignificant contribution to greenhouse gas emissions, particularly carbon dioxide, since they have extremely low per capita emissions. The us, on the other hand, contributes to one-fourth of the world’s total ghg emissions. The total carbon dioxide emissions from one us citizen in 1996 were 19 times the emissions of one Indian. us emissions in total are still more than double those from China. At a time when a large part of India’s population does not even have access to electricity, Bush would like this country to stem its ‘survival emissions’, so that industrialised countries like the us can continue to have high ‘luxury emissions’. This amounts to demanding a freeze on global inequality, where rich countries stay rich and poor countries stay poor, since carbon dioxide emissions are closely linked to Gross Domestic Product (gdp) growth.

The un Framework Convention on Climate Change, under which the Kyoto Protocol was negotiated, recognises the right of developing countries such as India to increase emissions to meet development needs. However, the us senate has opposed this provision, claiming that the protocol is an unfair and ineffective instrument to address climate change and will have a negative impact on the economy. The senate has also opposed any reduction in carbon dioxide emissions by the us for the same reason. In his letter, Bush went to the extent of saying that the us would not tackle carbon dioxide emissions from power plants because it is not listed as a "pollutant" under the us Clean Air Act. Utilities like power plants are one of the largest sources of carbon dioxide emissions in the us.

Non long ago, at a meeting in Trieste, Italy, the head of the us Environmental Protection Agency, Christine Todd Whitman, had reiterated Bush’s campaign promise of mandatory reductions of carbon dioxide emissions from utilities. The meeting of environment ministers of Italy, Canada, France, Germany, Japan, uk and the us, along with Russia and a representative of the European Commission, marked the first appearance of the new us climate change administrator Whitman. There was a general sense of relief about the us position as Whitman emphasised that her country was reviewing the protocol and it did not imply rejection of the protocol.

The joint communiqué of all the countries that participated in the meeting, including the us, acknowledged that evidence in support of human activities being responsible for global warming was mounting. Yet, Bush in his letter talks about the incomplete state of scientific knowledge of the causes of, and solutions to, global climate change. Perhaps, the new administration needs time to learn to speak in one voice as well. The statement also calls for these countries to strive to reach agreement on outstanding issues to facilitate an early ratification of the protocol. However, it stopped short of setting a timetable for the Kyoto Protocol’s entry into force.

In his letter, the us president also talks about a comprehensive and balanced national energy policy whereas under the same policy he is contemplating drilling of oil and natural gas reserves in the Arctic National Wildlife Refuge. What makes it worse is the fact that he has proposed linking renewables funding with revenue generated from potential leasing of these reserves.

Developing countries like India are likely to suffer maximum economic, environmental and social losses from the impact of global warming if big emitters such as the us do not curb their domestic emissions. A recent report by a global body of scientists has found that besides sea-level rise, global warming will have an impact on the Indian monsoon, may lead to the disappearance of he Himalayan glaciers, and cause water scarcity in tropical Asia.

Meanwhile, the Bush administration is withdrawing new standards for arsenic in drinking water and is proposing to lift new requirements on mining interests as its latest challenges to environmental regulations issued during the final days of the Clinton presidency.

On March 21, the Interior Department’s Bureau of Land Management said it would seek to undo regulations forcing more hard-rock miners in the West to post cleanup bonds.