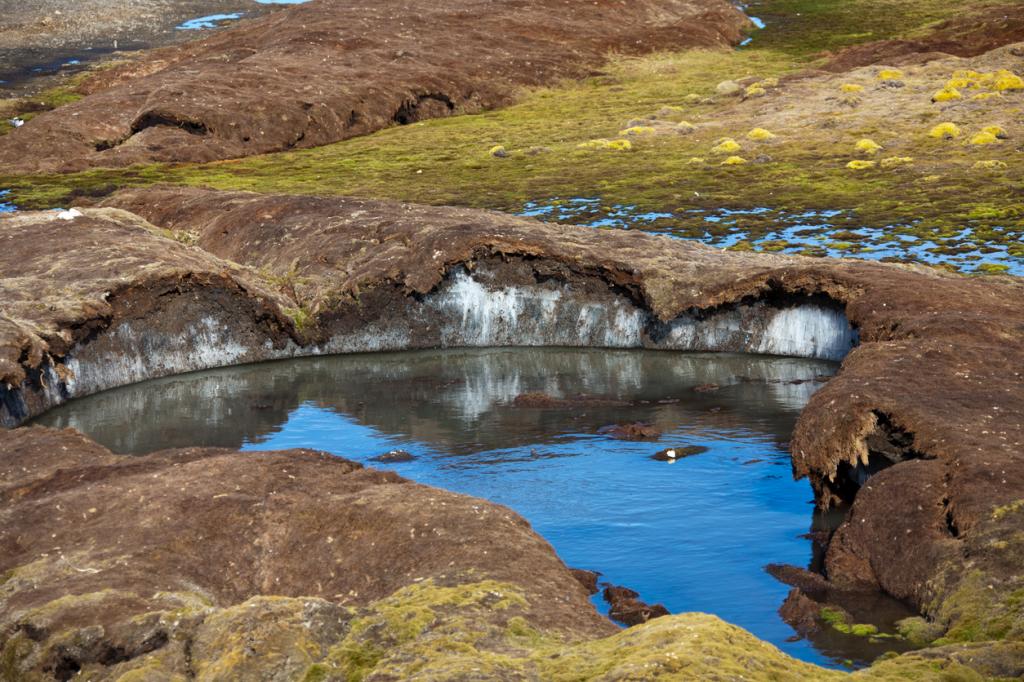 Permafrost peatlands — frozen, carbon-storing expanses of land — in Europe and western Siberia might be approaching their tipping point faster than expected, a new study warned.

By 2040, northern Europe might become too wet and warm to support permafrost peatlands, the study published in Nature Climate Change added.

Peatlands are a class of wetlands, which are ecosystems flooded with water. Waterlogged conditions limit microbial decay of dead plant materials rich in carbon dioxide. This prevents the reintroduction of the gas into the atmosphere.

Peatlands, which occupy only 3 per cent of the global land surface, store twice as much carbon as all the world’s forests, according to the United Nations Environment Programme.

Some peatlands are buried under frozen ground or permafrost and exist as permafrost peatlands. They are found in the northern parts of Alaska, Canada, Russia and parts of northern Europe, the researchers said.

Data on parts of Canada and Siberia is still lacking, study lead author, Richard Fewster, told Down To Earth.

Frozen wetlands in Europe and western Siberia store up to 39 billion tonnes of carbon. This is equivalent to twice that is held by the whole of European forests.

“Huge stocks of peat carbon have been protected for millennia by frozen conditions, but once those conditions become unsuitable, all that stored carbon can be lost very quickly,” study co-author Paul Morris, associate professor of biogeoscience at Leeds, said.

This could release carbon dioxide and methane into the atmosphere, further accelerating climate change, the researchers said.

Morris and his colleagues used computer modelling to predict how permafrost peatlands would respond to different possible future events: From strong climate-change mitigation scenarios, which would see large-scale efforts to curb emissions across sectors, to no-mitigation scenarios and worst-case scenarios.

Their analysis showed that permafrost peatlands in Europe and western Siberia could suffer widespread damage.

By 2060, these areas could lose 75 per cent under moderate efforts to mitigate climate change. The figure could go as high as 81 per cent and 93 per cent if the world does little to address the issue, the study predicted.

Permafrost peatlands in Sweden, Norway, Finland and parts of European Russia, which are already seeing warmer temperatures, can reach their threshold before western Siberia, according to the authors of the report.

Besides, thawing permafrost could threaten buildings and other infrastructure standing above it. Sweden, Alaska and Canada in the Arctic are already witnessing this, according to the United Nations Environment Programme.

But all is not lost, according to the researchers. Strong climate change mitigation policies can limit or reverse the rate and extent at which Europe and western Siberia can lose the right climatic conditions to support permafrost peatlands.

This would mean that we would have to keep these peatlands in a frozen state, Fewster said. “This scenario requires strict emissions targets to be met, reductions to the consumption of energy and materials, and a fast transition towards sustainable living,” the expert added.

The researchers added that permafrost peatlands are not well-understood. This is due to challenges in mapping these remote regions. Such efforts require field observations to verify whether these areas are covered by peat, Fewster said, adding that similar maps will emerge for Canada and Siberia as mapping technologies improve over time.