Climate change will make the disease burden more complex. Breakthroughs may help the affluent, but the poor will not have access to even basic healthcare 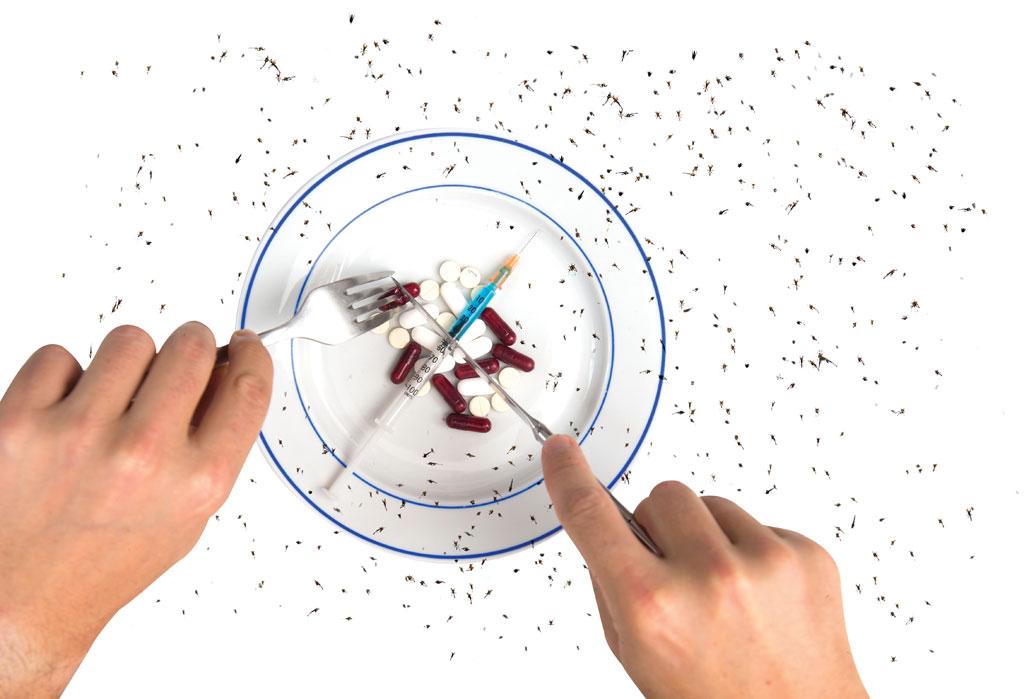 OUR HEALTH, 25 years from now, would be the sum total of the daily impacts of a degrading environment on our bodies. Triggers such as air pollution, toxins in water and food and climate change would work synergically. Different permutations and combinations of communicable and non-communicable diseases would weaken our bodies.

Climate change would possibly be the biggest cause for diseases 25 years from now. A warmer world would help vectors proliferate and expand their territories. Deadly new diseases would emerge from dried-up forests, piggybacking on animals that would have nothing to sustain them there. We have no idea what these new zoonotic diseases would be and have no drugs to treat them. Our inability to deal with the Zika epidemic is a rude reminder of our helplessness. Even known enemies like cholera would spread to newer areas in a warmer world and extreme weather events such as sudden rain. Heat strokes would become more common.

There are reports that link climate change with mental stress too. Climate change and extreme weather events would destroy crops, and persistent droughts would dry up forestlands, which would have been otherwise an alternative source for food-stuff. This would perpetuate food scarcity. As a result, some parts of the world would have to deal with chronic malnutrition.

The food we would be left with would be the next big determinant of our health in the future. It would be full of obesogenic toxins and cancer-causing agrochemicals. Genetically modified (GM) foods that are linked with allergies would become more common in our markets, despite the fact by that time, more data on GM food’s detrimental effects would have accumulated— food rich in fat, salt and sugar rich foods would lead to obesity and increase the risk of diabetes and heart ailments. One estimate shows that by 2020, chronic diseases would account for almost three-quarters of all deaths world-wide. The developing world would suffer the most and bear as much as 71 per cent of deaths due to ischaemic heart diseases, 75 per cent of deaths due to strokes and 70 per cent of deaths due to diabetes. Developing countries would also bear 60 per cent of the burden of chronic diseases. In India, number of people suffering from diabetes is set to reach 90 million by 2030, compared to 50.6 million in 2010. The situation is expected to worsen by 2042.

Our very lifestyle too would be the reason for diseases. There are problems such as Internet addiction, which are bound to increase with time. More aging populations would result in a large number of people suffering from dementia, Alzheimer’s and Parkinson’s diseases. Psychological problems, including depression, too would be high. Light pollution would disturb our sleep and, in turn, result in many chronic diseases.

While the proportion of communicable diseases might go down, the fact that we would be in the post-antibiotic era, when pathogens would have stopped responding, is a cause for concern. Treating simple infections would be difficult. This could mean that India and other parts of the world too would fail to eliminate diseases such as kalaazar, filariasis, leprosy, measles and tuberculosis and miss national deadlines set by governments.

The increase in diseases has wide-ranging public health implications. Would our health budgets be enough to deal with the increased disease burden? The state budgets available suggest otherwise. We are already witnessing a trend towards the privatisation of public healthcare, and private healthcare is not likely to be bothered about the poor, who would have the least capacities to adapt in a changing world.

Moreover, it seems we will be unable to meet the Sustainable Development Goal 3, which says that by 2030, countries would have to find ways to ensure healthy lives and promote well-being for all of all ages. Goal 2, which promises to end hunger, achieve food security and improve nutrition, seems unattainable.

However, 25 years is also long time period for researchers to find ways to deal with emerging health problems the world would face at that time. But only the affluent might have the luxury of bene-fitting from medical breakthroughs. There would be artificial hearts, kidneys and lungs to deal with organs damage.

Road accident victims who lose limbs would have the option of bio-prosthetics, which outperform the natural body parts. Artificial uterus would take care of infertility issues. Even artificial eyes would be available. Diagnostic tests would be performed on sweat, instead of blood, and wearable sensors would monitor us day and night. Surgeries would be less invasive. Personalised medicines would make life better for the sick. We would even find ways to deal with the pesky little vectors by using fungi and bacteria.

There could also be a paradigm change in the way people take care of their health. There are some positive trends in healthy eating such as consumption of more fruits and vegetables, increased physical activity and awareness about pollutants in the environment. But personal choices would only protect us from limited risk factors and global efforts are needed to improve the environment, and our health.

This story was first published in the May 1-15, 2017 issue of Down To Earth magazine.