Conflict in the womb 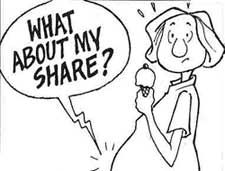 DESPITE its travails, pregnancy is commonly perceived as a delicate give-and-take between a woman and the embryo she carries. But now David Haig, an evolutionary biologist at Harvard University in Boston, challenges this view by suggesting that conception is a long evolutionary struggle between the mother and the foetus. Says Haig, "It is common to assume that pregnancy is a cooperative enterprise between mother and child. But there is no evidence for that."

Haig starts with Darwin's argument that natural selection favours any gene that increases the number of offspring an organism produces. But half the foetus' genes comes from its father, which is where the evolutionary interests of the mother and the foetus begin to differ. While the foetus looks to extracting the maximum nutrition, the mother needs to strike a balance between nourishing the foetus and keeping herself healthy.

Human foetuses have developed ways of ensuring their survival. For instance, in early pregnancy, a woman's body produces a chemical called the luteinizing hormone (LH) that prevents menstruation and allows the embryo to develop. But by the end of the seventh week of pregnancy, the foetus starts secreting a hormone, called human chorionic gonadotropin, which mimics the effects of LH.
Biochemical evidence supports Haig's hypothesis. Take the example of the conflict between the mother and the foetus over the amount of sugar in the mother's blood. By secreting insulin, which lowers the amount of sugar in her blood, the woman limits the amount of nutrients that goes to the foetus. But the foetus secretes human placental lactogen, a hormone that blocks the effect of insulin in the woman, forcing her to increase her insulin production to maintain her blood sugar levels.

Towards the end of the pregnancy, placental lactogen levels can be 2,000 times higher than they were in the beginning. Haig views this as a conflict situation and says, "If the mother-foetus relationship was cooperative, selection would favour cheap signals, which implies the smallest possible amount of hormone. If a message can be conveyed in a whisper, why shout? Raised voices are often a sign of conflict."